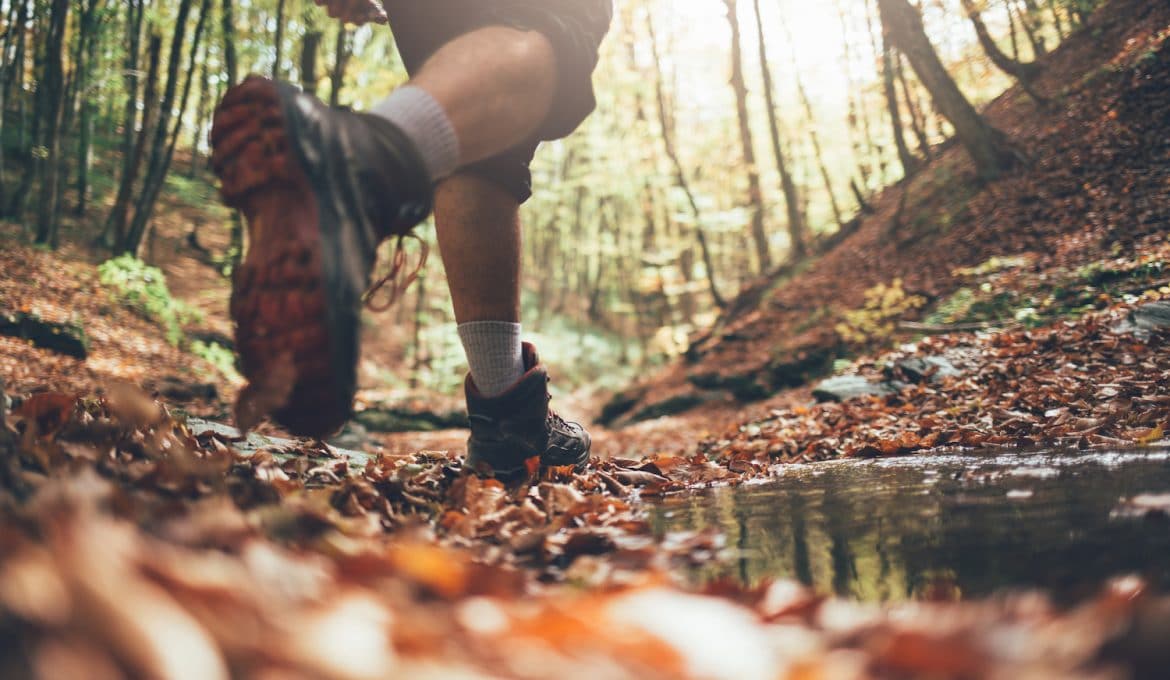 Not everything you learn about backcountry safety and survival is right. There are many myths, lies, and half-truths floating around out there. Some are just ridiculous; others are potentially dangerous. Here’s a look at some of them.

Myth: Moss Grows on the North Side of Trees

You often hear this misconception when people discuss ways to navigate in the wilderness without a GPS or compass. The theory is that you can identify north (and therefore, the other cardinal directions) by observing where moss is growing.

Since the sun travels overhead and just slightly to the south in the northern hemisphere, it’s not entirely illogical to conclude that moss grows on the north side of trees. But, moss thrives in damp, shaded areas, so the amount of moisture in the region largely determines where moss grows. It often grows all over trees in humid climates and doesn’t grow at all in dry areas.

If you’re lost without a compass or GPS, don’t depend on moss to help you identify north. The “stick trick” is a far more reliable method. Find a stick about three feet long and stick it in the ground, so it points straight up.

Place a rock at the end of the stick’s shadow and wait about 15 minutes. Then, place another stone at the end of the shadow (it should have moved a bit). Stand with your back to the stick, your left foot touching the first rock and your right foot at the second rock. You are facing north.

If you are genuinely lost, stay put. You are less likely to be found if you wander around in the woods. Instead, find a place with shelter and water to wait for help.

Somewhere along the line, you probably heard the old adage that if you’re in the wild and need to find water to drink, just look for a source of running water. The theory is that running water is cleaner and potable, and that bacteria and parasites thrive in stagnant water.

Like many myths, this one isn’t entirely false. It is safer to drink water from a clear stream than stagnant water from a pond or pool of water. Parasites are less common in running water than still water.

However, even the clearest, fastest running stream can harbor dangerous waterborne parasites and bacteria. You don’t know what dead animals, feces, or other contaminants might be in the water upstream. Animals defecating in the river is common and often introduces giardia, cryptosporidium, and other dangerous parasites into the water.

It is essential to use a water filter or purifier whenever you drink untreated water from any source. No matter what kind of adventure you are getting ready for, it is wise to bring a way to treat water. However, if you are in a real emergency situation, it is better to drink unfiltered water from a stream than risk dehydration.

Myth: You Can Identify Venomous Snakes by Their Triangular-Shaped Heads

I first heard this old wives’ tale as a child. We moved from Europe to a part southeastern United States with several poisonous snake species. We children received a strong warning to avoid all snakes in general, and especially those with triangle-shaped heads or bright stripes and markings.

Most snakes are not dangerous, and it can be tough to identify venomous snakes by their appearance. Even though many people believe the common myth that snakes with triangular heads are poisonous and snakes with round heads are harmless, that is just a misconception.

Many non-venomous snakes developed patterns, stripes, and markings that mimic their poisonous relatives to confuse predators. To make things even more confusing, some non-venomous snakes can make their heads appear triangular when they feel threatened as a self-defense mechanism.

Many people believe this myth came about because pit vipers (the most common type of venomous snake in North America), have triangular heads. But, many poisonous snakes have rounded heads, like coral snakes and cobras.

You should always leave any kind of wildlife alone. Snakes are ectothermic, meaning they rely on external heat sources. You’re most likely to see snakes out sunbathing along a trail early in the morning or later in the evening. Snakes seek shelter and avoid the sun during hot parts of the day.

Be prepared whenever you go on an outdoor adventure. Do a little research to know what wildlife is native to the area. If you are hiking, stay out of tall grass and away from rocks or areas where snakes might be hiding. Long pants, thick and comfortable hiking boots, and hiking gaiters can prevent a snake’s fangs from getting to your skin.

Snakes usually try to escape without a confrontation, but if they feel cornered, they might strike. They can strike something half their body length away and in any direction. That means a 5-foot snake can attack something up to 2.5-feet away. Even if the snake is not poisonous, they can still bite.

The best course of action is to give the snake plenty of space. If you must, wait for the snake to clear the trail before you continue your hike. If you are adventuring in an area with poisonous snakes, read up on proper snake bite treatment.

Myth: You Can Suck or Bleed Snake Venom Out of a Snake Bite

Snake venom spreads very quickly through the lymphatic system, and it’s nearly impossible to cut quickly enough or deep enough to allow the poison to bleed out.

You cannot suck hard enough on the wound to extract enough venom to make a difference. Also, if you use your mouth to try to suck out the venom, you’ll just transfer some of the poison to your mouth.

Antivenom is the only truly effective treatment for snake bites. Avoid anything that will thin your blood or raise your heart rate, like alcohol, aspirin, caffeine, and cigarettes. These will allow your body to circulate the venom faster.

Using a tourniquet is not a suitable treatment method because it can cause irreversible nerve damage from restricting the blood flow. Cutting the area to increase the blood flow only increases the risk of infection. Putting a cold pack on the bite will only reduce healthy circulation to the area and can cause complications.

If you are bitten by a snake, keep your heart rate as low as possible. Try to safely identify the type of snake that bit you. Make a note of the coloring and marks or take a photo of the snake to help medical staff treat the bite correctly. Also, write down what time you were bitten.

Remove any jewelry and tight clothing because snake bites usually cause swelling. Keep the wound at or below the level of your heart to slow the circulation of the venom. Let the snake bite bleed freely for around 30 seconds before cleaning and covering the wound.

Don’t try to flush the bite out with water. Instead, cover it with a clean, dry bandage and seek medical attention. Hike back slowly to keep your heart rate low.

Myth: You Can Start a Fire by Rubbing Two Sticks Together

There are many myths about building fires in the backcountry. The most common myth is that you can make a fire by rubbing two dry sticks together. This method is called friction fire building.

It is steeped in legend and seems to go all the way back to the beginning of recorded history. The tricky part is that there is truth to this legend.

Another part of the fire-starting myth is the thumb nail test. Many people believe if you can dent a piece of wood with your thumbnail, that indicates the wood is ideal for starting a fire with the friction method.

It is possible to start a fire with friction, but it is probably the most difficult method to use. A survival situation is not the time or place to try your hand at this technique. There are plenty of more reliable means to start a fire in the backcountry.

As for choosing wood for a fire, the trouble is that some softwoods are not ideal for fire and some dense, hardwood will work just fine for friction fires.

The reality is that friction fire techniques require a lot of practice, patience, and some luck to work. You should not rely on this method to start a fire, especially in a survival situation.

Perhaps the easiest method is to use a magnifying lens or other glass to focus the sunlight on some dry leaves and tinder. The only downside to this method is that it only works when you have sunshine. If it’s cloudy or overcast, you’ll need to try a different approach. You should always carry extra matches or a fire starter in your first aid kit.

There are many other myths about backcountry safety and survival, but these are some of the most common lies or half-truths that seem to get passed from generation to generation.

Everyone who spends a fair amount of time in the backcountry (hiking, camping, backpacking, hunting, fishing, kayaking, or any other outdoor adventure), should consider taking at least introductory classes at a wilderness survival school. You’ll learn all the necessary skills to care for yourself and your buddies if you find yourself in a serious situation out in the wilderness.

What is a survival myth that you’ve heard or believed? Share in the comments.

Jen Jordan is an avid outdoor enthusiast from Christiansburg, Virginia who enjoys everything from kayaking to backpacking and occasionally fishing with her husband. Most of her time outdoors is spent training for and racing in triathlons, with the goal of completing a triathlon in all 50 states. 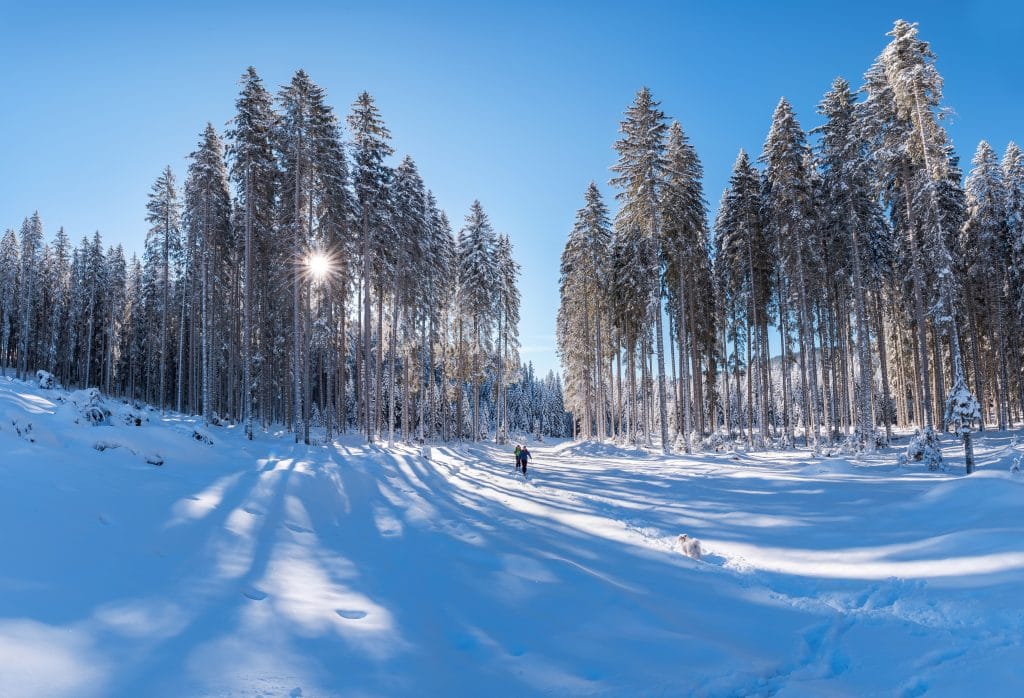 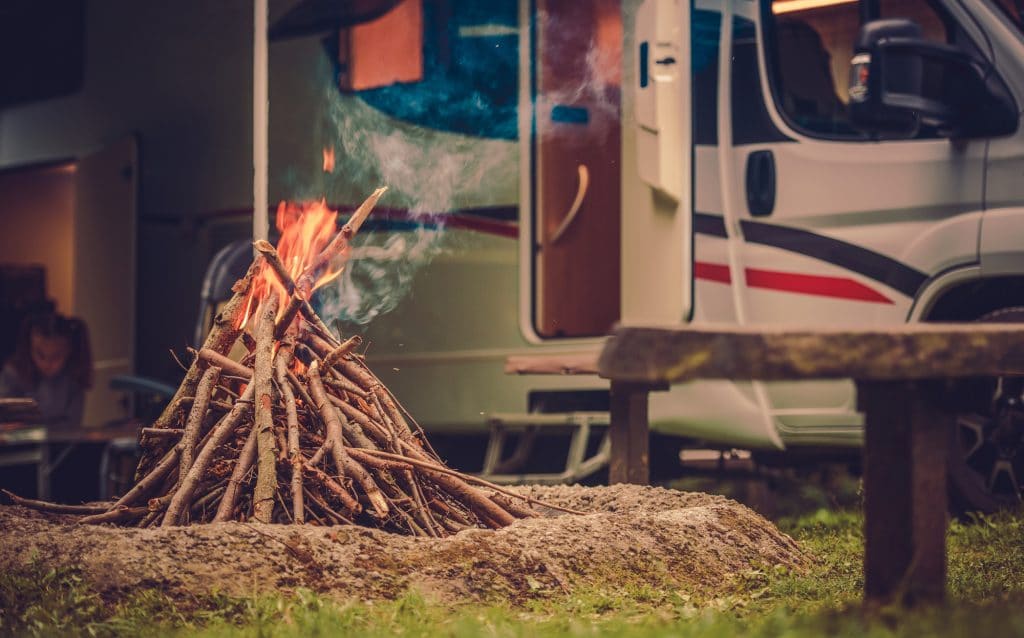