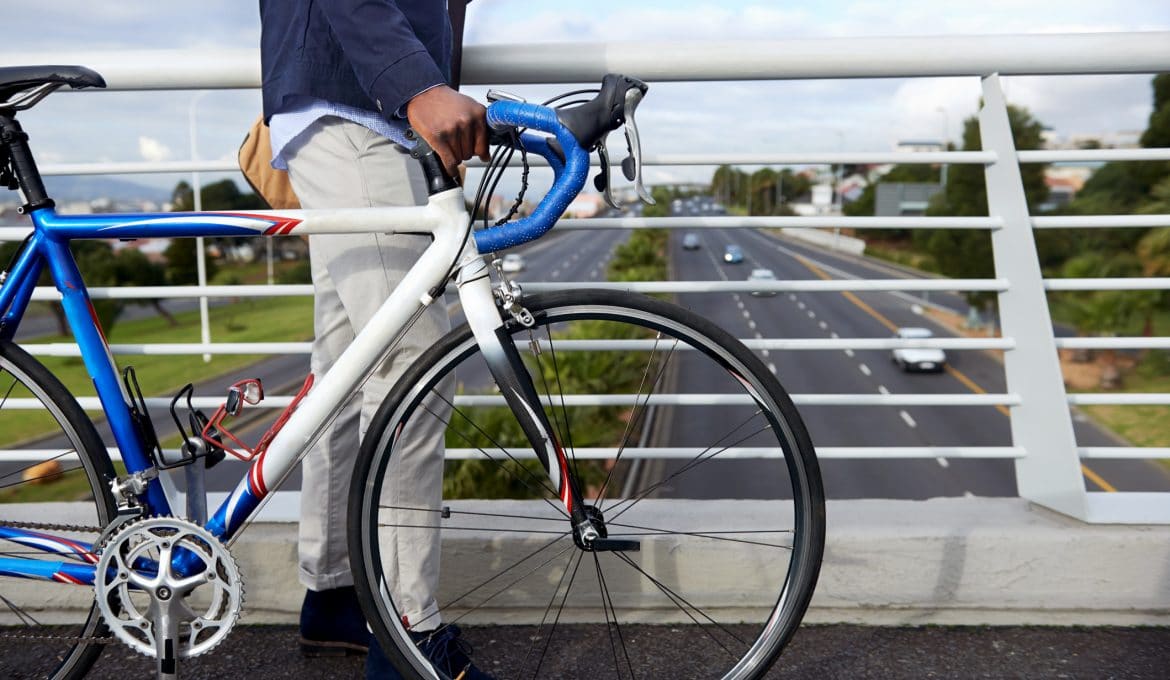 Perhaps your bike is a dust collector or a prop for old lawn equipment—who knows—but more and more people are getting out their bicycles for more than a casual Labor Day cruise. They’re actually using their bicycle as their main mode of transportation.

For some of us, riding a bike seems like a daunting sojourn that results in one or two frustrating rides, and the first ride home from work in the rain can be enough to abandon the dream altogether.

Don’t let those drops discourage you. Here’s how to make a bike commute manageable and within a week or two, even enjoyable.

Commuting, What Is It Exactly?

For those who are toying with the idea, taking the stand for using a bike as a main mode of transportation requires a lot of patience and strong commitment.

When I talk about using your bike to commute, I mean using a bike every day as your main method of getting around town. This could mean riding to the store for apples or lightbulbs, hustling to a yoga class, or for many people, a great way to get some fresh air on the way to school or work.

There are no limits to the commute, but mentally it is important to develop this idea that using a bike for transport is not the same as cycling for exercise or sport.

This distinction is important because many people shy away from the commute after arriving at their office with a moist forehead and hairline, embarrassed that their produces sweat.

Fear not! Your boss and coworkers should take note of your commitment to doing something that’s honestly difficult but worthwhile.

Moreover, the commute is different than cycling for sport because typically one carries their fishing gear, Macbook, water bottle, or whichever other daily assets of life.

The goal is not to maximize speed or air from a dirt single-track trail. The commute is about getting through life in a way that draws us closer to our world—and getting some much-needed exercise while doing it.

I understand that no two people share an exact same commute. Our commutes are as widely varied as our morning routines. With that said, many of the fears associated with commuting on a bicycle either aren’t valid or are only a minor annoyance and shouldn’t dissuade you from wanting commute on two wheels.

Shall we look at some common complaints together?

Everyone I talk to comes points out that they would ride their bike but are afraid to show up everywhere in some sweaty, disheveled state. There are ways to work around this.

First, it is easy to change clothes. Some people I know, especially those who live further from work, keep clothes at their office. It’s never a bad idea to have an extra shirt there anyway.

Second, it’s easy to dress in clothes that are conducive to this change in lifestyle. This is where the location where a person is commuting to and from can make all of the difference. Examples being if one lives in a large city where many bike lanes exist, one can opt for streetwear. I prefer to wear some Levi’s or Dickies work pants, as I am a bit cautious, and would not want to take a spill and get road rash. I find Carhartt cotton tees to be of high quality that lasts. They’re also reasonably breathable.

You can go even further if you want and look into some of the cycling-focused activewear that Gander sells. Most of these offer a more sweat resistance material for the ride. A similar notion goes on with footwear. Some people prefer to not pedal in loafers, whereas others choose something more aerodynamic or even something that works with clip-in pedals.

Third, no one is going to care. Seriously, your friends and family hopefully should care that you wear a helmet, but how much does it matter if you change up your style a bit or show up to a get-together with some sweat on your brow?

Also, remember, if you really want to, it’s simple to hop back in the car when the occasion calls for it. There is nothing wrong with becoming a commuter in small bites.

To finish, there are many, many options of clothing, and I find Carhartt cotton tees of high quality that lasts, not to mention is breathable. But you might find that an activewear brand like HUK or Ultimate Terrain better suit you.

Traffic is tricky, especially depending on location. Some communities are very bike-friendly while in others it may seem that you are the lone cyclist some mornings. Don’t let that fact turn you off.

Understand that bikes have just as much reason to be on a road as anyone. The guy who gets annoyed because of some cyclist hanging out on the edge of the pavement, riding along calmly, has no ground to stand on.

Cars have to share the road with cyclists even if there isn’t a designated bike lane. Assert your right to the road, but ride with caution. Many cyclists and motorists alike are not well-informed of the manner to share the road.

Motorists should slow down around cyclist. Also, yes, cars can go ahead and pass, there is actually a lot of space on most roads. That said, cyclists need to understand that hanging out in the wrong place in the road is not polite either, so it goes both ways.

When you’re out there, be conscious of the cars and make sure to use hand signals and let the car driver’s know where you are and where you plan to be. It is important to pay attention and understand that as a commuter you need to respect the rules of the road even if car drivers don’t. Avoid rolling stops, not signaling intent to turn, or crossing an intersection or making a turn when you’re not supossed to. In other words, ride safe and ride smart.

Many people do indeed live so far out from their destination and need the highway to make it to work on time. Guess what? The bicycle commute might not be for you in the sense of work, but there is no reason to shy away from weekend runs to the store.

Also, a bicycle is a sure bet to avoid any sort of violation of the law when meeting friends at a brewery or when attending a concert. This is no excuse to act irresponsibly, and you should never get on a bike when you’re not in the right state to operate it, but it’s better than jumping behind the wheel of a car.

Look, making the choice to commute with a bike is a commitment, and yes, traveling times are affected. At the same time, if you plan for this an learn to enjoy riding and being on your bike, a slightly longer commute shouldn’t bother you.

In some cases, you might even find you save substantial amounts of time due to no longer having to look for a parking space or being able to take back streets or bike-only routes that cut down on distance and traffic. You can ride your bike right up to the door of your destination.

Animals can be a concern. Wild ones will leave you alone for the most part. Domestic animals can pose a risk—especially dogs. If you’re in a seriously crowded place with dogs, consider dismounting and walking for a bit until you’re out of that area.

Then there’s birds and insects. Birds don’t pose much of an issue, but insects can. Most of the time you’re moving fast enough to not have to worry much about them, but if the flys and mosquitos are truly bad, some bug spray might be a helpful addition to your cycling commuting equipment.

All the Cyclist Commuting Basics

So, you’ve decided to give commuting on your bicycle a try? Then you should mount up and get riding. Before you do, make sure you’ve looked through the important points below.

This is not an option. Just do it, who cares if you look silly? A mushed brain is not very attractive either. This can also mitigate some of the concerns about traffic and safety. With all the different helmet options for sale at Gander, you should be able to find something that’s comfortable, safe, and at least reasonably stylish.

Use Lights and Reflectors

Lights are inexpensive and can be rechargeable, and some have blinker settings that improve road visibility both for the commuter and motor vehicles. These help you stay visible and safe. Consider this LED biking set from Gander.

Wear comfortable clothing that is safe to ride in. Sport wear works, but so does workwear, and again your health and lifestyle decisions matter more in the end than appearance. I’ve discussed some good clothing options above, but you should check out all of Gander’s cycling clothing.

Invest in a lock, either a padlock with a thick metal chain or an interlocking, two-piece lock as the thinner wire ones can be cut easily. Also, always lock up your bike. Even if you’re only going to leave it for a minute or two.

Respect the Rules of the Road

Sharing the road goes both ways, so follow the law as traffic goes, stay off highways, signal before turning and so forth. Following the proper rules of the road will help you stay safe while on the road.

Invest in Fenders or Spray Guards

Water exists everywhere, rain or shine, so protect your backside. The last thing you want to do is get to your destination with dirt and road debris sprayed up the back of your pants and shirt. Some fenders or spray guards—like this set from Gander—will help protect you.

No one goes from driving the car every day to being a cyclist overnight. It is okay to take the car to places, there is not a level of cycling necessary to consider yourself a cycling commuter. It’s a mindset and a lifestyle.

Are You Ready to Strat Commuting on Your Bike?

So, now hopefully, some woes and worries of the bike commute are put at ease, and maybe this week you will look at that bike you bought back in the day with new eyes.

I hope you see your bike as a way to not only get to work or the gym, but to provide a ride a path to better health, better time spent, better savings on gasoline and time, and above all else, more time spent outdoors. Happy riding.

Do you have any questions or additions? Leave a comment below!

Jack Preston studies the environment as an ecologist, but spends time in the kayak, on the bike, and a lot of time walking and hiking. He enjoys the relationship between humanity and the natural world, with wishes to make nature more accessible for all. That said, his true passion is to make the tastiest of foods. 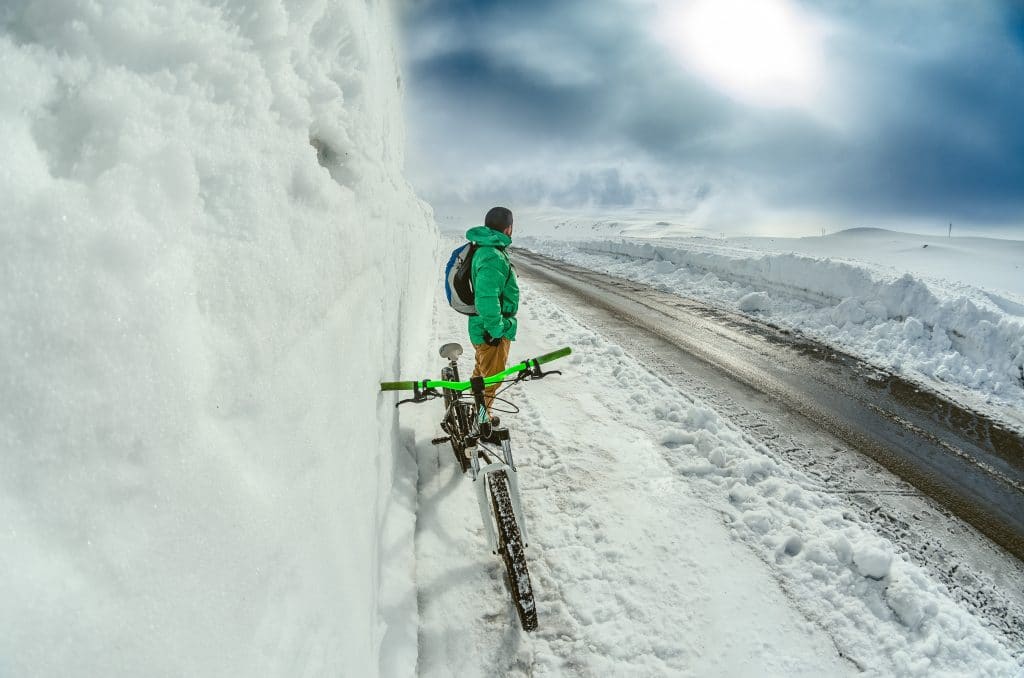 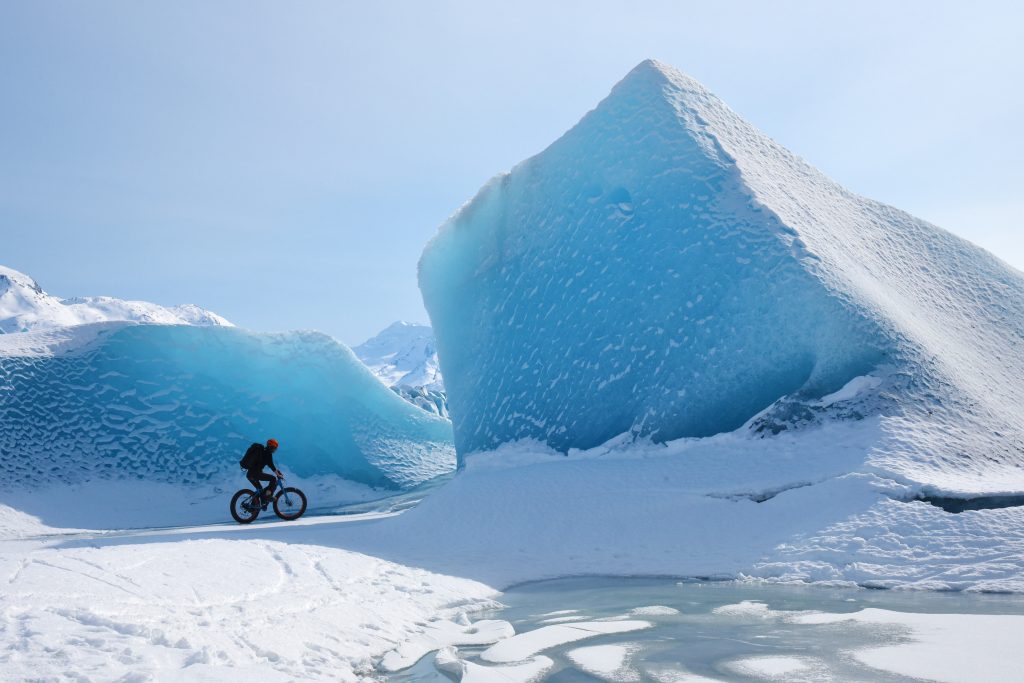