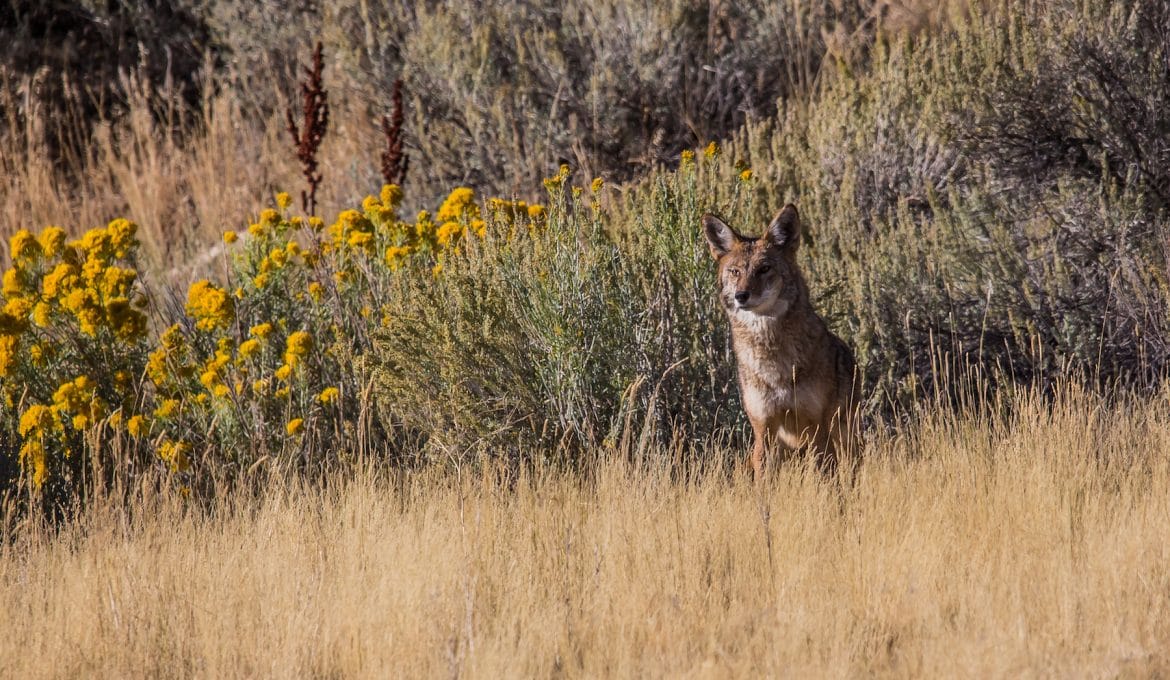 If you’re unsure of what to hunt this spring or find yourself having already bagged a turkey and ready for a new challenge, consider hunting coyotes in the spring. While there are a few states where Coyote hunting isn’t allowed in the spring, many states allow coyote hunting year round.

This means when most other types of hunting are illegal, you still have a reason to get out there for a satisfying hunt.

Coyotes are resilient animals and can be found just about everywhere.  They can live out in the middle of nowhere or in a busy urban environment. They’re common in neighborhoods and have found ways to survive in some harsh conditions.

In a world where many populations of animals seem to be dwindling, coyotes are thriving. They’ve spread all over North America and continue to increase in population. Hunting and controlling the population of these animals is important. It’s not the only reason to hunt them, though.

Coyotes are often considered pests or vermin by land and livestock owners. They would prefer coyotes be hunted as often as possible. This means you’ll likely be welcomed onto hunting land to take coyote.

Coyote hunting isn’t easy. The cartoon character Wiley Coyote was called that for reason. American folklore is full of stories of coyotes as tricksters. The animals are smart, and that can make for a challenging and sometimes thrilling hunt.

You’ll need to learn new tactics and calls, think about hunting territorial and transient coyotes, and generally come up with a smart plan for taking the animals in the area you hunt.

Why Hunt the Spring?

Coyote hunting peaks in January. However, by that time most coyotes are pretty warry and can be hard to hunt. They’ll be tough to call out and difficult to get a good shot on.

Spring is perfect because there isn’t so much pressure on the animals. This is when they also get more aggressive in general. Younger, transient coyotes are searching for some land that they can claim, and coyotes that already have territory will be out defending it.

This can make the animals easier to hunt. Instead of calling to no avail, you’re more likely come spring to see coyote out and about.

The first reason I would suggest to hunt coyote in the spring is that there aren’t many other things to hunt at that time of the year. Going after coyotes can be a great way to further hone your hunting skills and learn some new tactics.

As I said above, coyotes are smart animals and finding a way to outsmart them and the skills you learn along the way will only help make you a better hunter overall.

A Way to Stay Busy This Spring

Piggybacking on that idea, hunting coyote will help you stay busy at a time of year when many hunters take a break.

Just because spring comes doesn’t mean you have to put your gun away in your safe and forget about it until the next deer season comes. I know far too many hunters that only pick up their gun for deer season and spend the rest of the time sitting around their home looking for something to do.

Hunting coyote is a great way to stay busy and engaged in hunting. While it might not be as rewarding to you as other types of hunting it will help you stay active.

Do you hunt coyote in the spring? Why or why not? Leave a comment below.