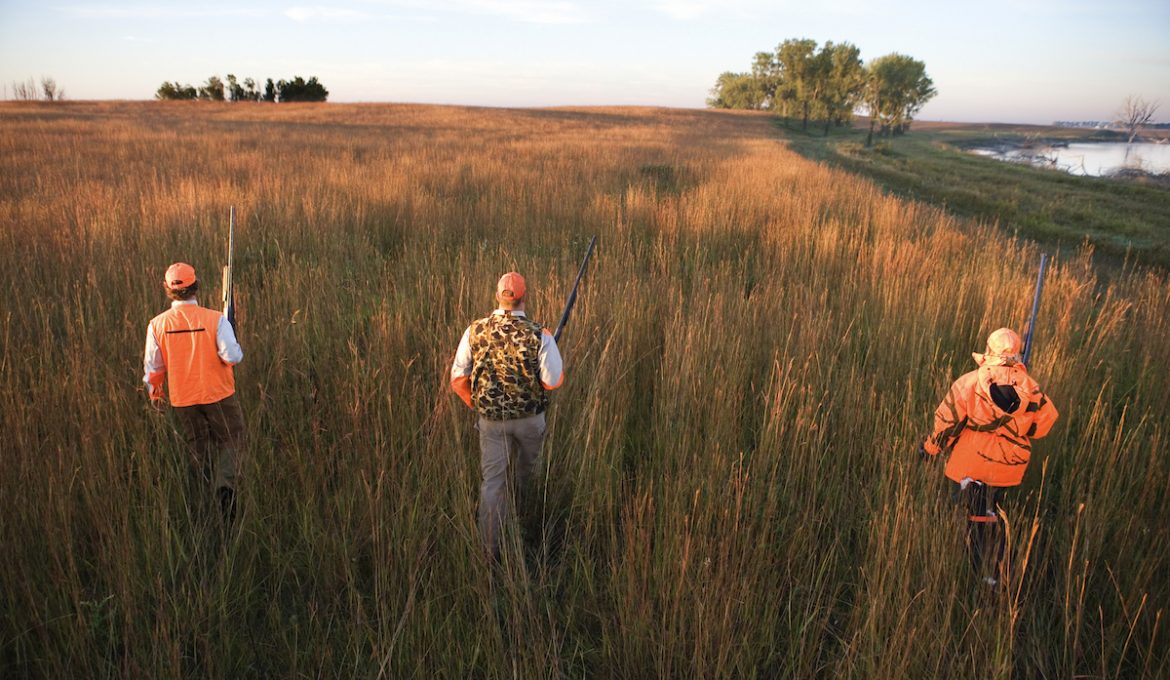 Hunting in a group is one of the most fun and rewarding experiences you can have. You’ll learn a lot, build strong bonds with other hunters, and hopefully get a kill worth remembering.

Hunting in a group is also often safer than hunting alone because you have other people around in case there’s some kind of accident. Still, hunting in a group comes with its own challenges. Here are five tips that should help you make the most of things when hunting with others.

1. Discuss a Game Plan Ahead of Time

Before you head out on the hunt, make sure to get your group together and discuss a game plan for the day. You want to talk about the location and its terrain, the type of game you’re hunting, gear needed, and the tactics the group will employ.

This only needs to be a short conversation, though spending more time on the plan is never a bad idea. The most important thing is to be sure that everyone understands the details of the hunt before it begins. This will help limit issues and make the hunt as fun and successful as possible.

Communication is key on a group hunt. You want to have plenty of communication before the hunt begins, but you also need to be able to communicate while you’re out there. In many cases, you can simply call out to the people in your group, but it’s never a bad idea to have a few simple hand signals agreed upon before you head out.

Two-way radios can be a smart addition to your list of gear. They can help you stay in touch with all of the people in your hunting group and with anyone back at a base camp or farm who may help you get your kill out for processing.

In some states, it’s illegal to hunt certain types of game if you use two-way radios, so be sure to check the laws in your area before you do.

A safe zone of fire is an area that a hunter can shoot safely within. The area is determined by a variety of factors. Those factors change with each step you take. When you’re hunting in a group your zone of fire is usually constrained at least in part by the other hunters around you.

When you’re hunting with other people, your zone of fire is often a 45-degree area directly in front of you. The guys on the ends of the group can have a little more leeway towards the outer edge depending on the other factors of the landscape.

You don’t want to shoot too far to either side of you because you’ll endanger others in your group.  You also won’t need to shoot behind you because that’s the direction you’ve just come from, so you should have flushed any game forward.

When you utilize a 45-degree zone of fire, there’s a bit of overlap between persons in the hunting party. That said, if everyone is positioned right, no one should ever end up pointing their weapon in a dangerous direction.

Consider discussing the zone of fire with the other members of your hunting party when you lay out your game plan.

4. Proper Gear for Everyone

Don’t just worry about your own gear. Make sure everyone in your group is well-equipped for the hunt. Before you set out, round everyone up and talk gear. Go over firearms, ammunition, clothing (both camo and blaze orange), game calls, communication devices, bags, knives and tools, GPS systems, and anything else you will need for the hunt.

Additionally, at least one person must have a quality first aid kit with them on the hunt. That way, if there’s an accident, someone will have the supplies needed to handle the situation.

It’s never a bad idea to have a couple of first aid kits in your group. I don’t think every single person needs one, but it’s better to be overprepared than under.

5. Keep the Group Together, But Not Too Close

In my experience, it’s easy to let one member of your hunting party fall behind, especially if they’re not in as good of shape as you are. However, it’s extremely important that you all stick together. If someone falls behind or goes too far ahead, they could end up in someone else’s zone of fire or other people will be in theirs.

Most hunter safety courses advocate for all hunters staying about 25 to 40 yards apart. With that spacing in mind, the hunters should also all be able to see each other at all times. If you get too spread out, bring it in a little tighter, but make sure everyone still has plenty of room and a good safe zone of fire to work with.

Do you have any tips for hunting in a group that we didn’t touch on? Leave a comment below.