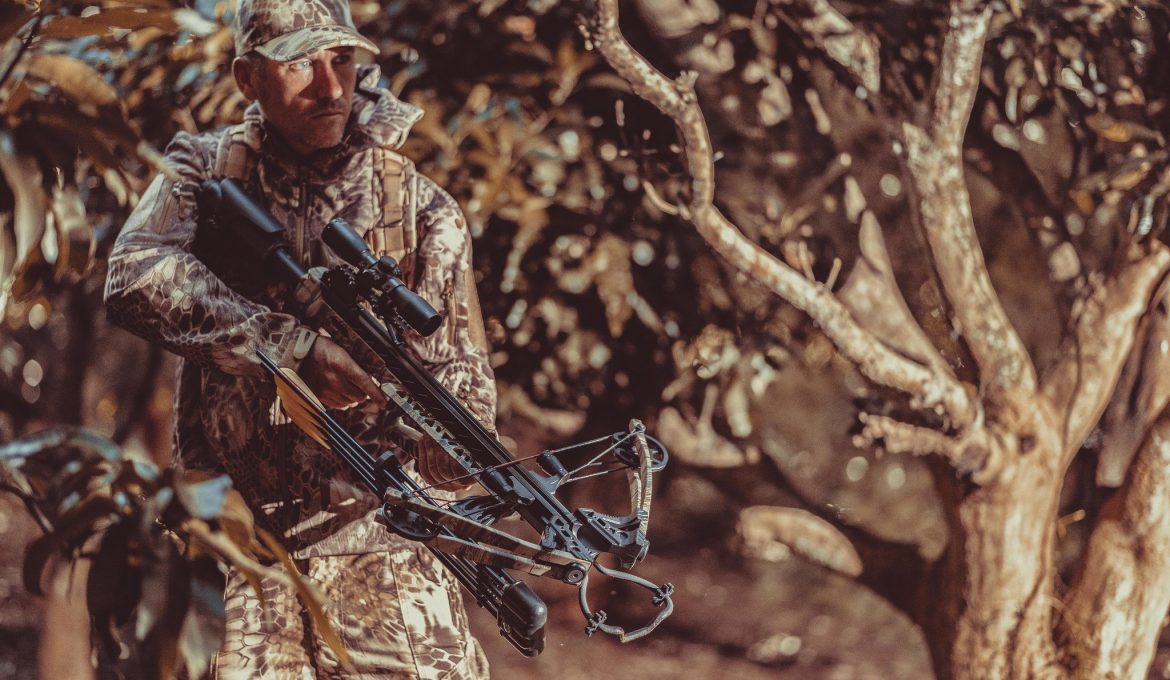 While many of us tend to think of the crossbow as an outdated, medieval weapon, today’s modern crossbows are arguably easier to hunt with than other firearms. Technological advances have made crossbows easier to draw, fire, transport, maintain, and so much more.

If you want to get out hunting more often, but feel limited by carrying a cumbersome rifle that you don’t exactly feel comfortable with, switching to a crossbow might be the answer for you.

In many areas, crossbow hunters actually enjoy a longer (and less regulated) hunting season than hunters that prefer to use other firearms. This is just one of the reasons why crossbow hunting is attractive to many. In the remainder of this article, we’ll cover several other benefits of crossbow hunting.

Once your crossbow is cocked (or “spanned), it doesn’t require any additional effort or energy to keep it at full draw. Full-draw is when the crossbow is primed and ready to be fired.

Once you’ve identified and honed in on your target, then, all you need to do is flip the safety off and squeeze the trigger when you’re ready to fire an arrow. In this way, crossbows are more similar to rifles and other firearms than they are to their compound bow counterparts.

This lack of motion helps you remain stealthily concealed and much less detectable to your prey. Instead of moving your crossbow to follow prey, you’ll be able to lie in wait until your prey enters a clear shooting lane and take it down with very little motion that would risk giving away your position.

Your ability to keep your bow stable will play a huge role in your accuracy. Most compound bows require a great deal of practice before you can hit a target with repeated success. Then you’ll have to learn how to judge movement to be successful in hitting moving targets. Aiming a crossbow is much less difficult.

A crossbow’s design (with horizontal limbs) allows you to rest the stock for added stability. Maintaining this stability, especially without the prolonged use of your muscles, allows crossbow hunters to greatly extend the amount of time they can hold on a target or shooting lane.

The crossbow basically removes the issue of muscle fatigue and allows you to achieve better accuracy, even if it’s over the course of a hunt that lasts several hours.

Hunkering down and waiting for your desired prey to come into range is a preferable method of crossbow hunting. Because of this, crossbow hunting often requires the hunter to bulk up on clothing layers so that he or she can remain comfortable as they wait out their prey.

With some firearms, bulky clothing (especially gloves or mittens) can significantly hinder your ability to aim and fire the weapon.

With a crossbow, however, the relative ease of use means that there is very little interference when it’s time to aim and fire. Your crossbow should be preloaded before you put those extra layers on, of course, and this will ensure that you’re prepared when the time comes.

At that time, you won’t need a lot of extra energy or effort to fire and many crossbows can be fired while still wearing those bulkier gloves.

With a compound bow, it’s virtually impossible to shoot from the prone (lying down) position. This can also be true for other bulky firearms that can prove difficult (and sometimes dangerous) to operate when you’re lying down.

Even compound bows can be difficult to fire from a kneeling position. These positions (prone and kneeling) can provide significant advantages to help you stay hidden as your prey makes its way within your comfortable shooting range.

With a crossbow, you’ll be able to remain still and concealed as your prey approaches. And then, when it’s time to fire you’ll simply need to take aim and pull the trigger.

The ability to fire from the prone position will significantly improve your stealthy hunting ability and open you up to ambushing prey in wide-open fields that you would otherwise be clearly visible in when standing or even kneeling.

A crossbow’s ease of spanning, aiming, firing, and shooting from varied positions make it much more accessible to a wider range of individuals.

Young and elderly hunters will have much more success with a crossbow than with a compound bow or heavy firearms. They’ll also be able to operate them with greater ease and, perhaps most importantly, with much less risk of personal injury in the event of an operator error.

Of course, that is not to say that crossbow hunting comes without risk. With every form of hunting, there is an inherent risk. That is why it’s important to learn as much as possible before your first crossbow hunt and to also continue your education as you gain field experience.

If you’re just getting started as a crossbow hunter, we highly recommend taking an Official Crossbow Safety Course.

As with any new endeavor, there is a lot to learn about crossbow hunting when you’re just starting out. Bow Hunting Magazine is a great resource for hunting tips, location recommendations, and much more.

In addition, take some time to check out this interesting article on crossbow hunting published by American Hunter. If you have any questions, please don’t hesitate to leave us a comment below and, in the meantime, happy hunting.

Do you have any thoughts or questions? Leave a comment below. If you’re interested in crossbows, head over to our selection at Gander Outdoors!