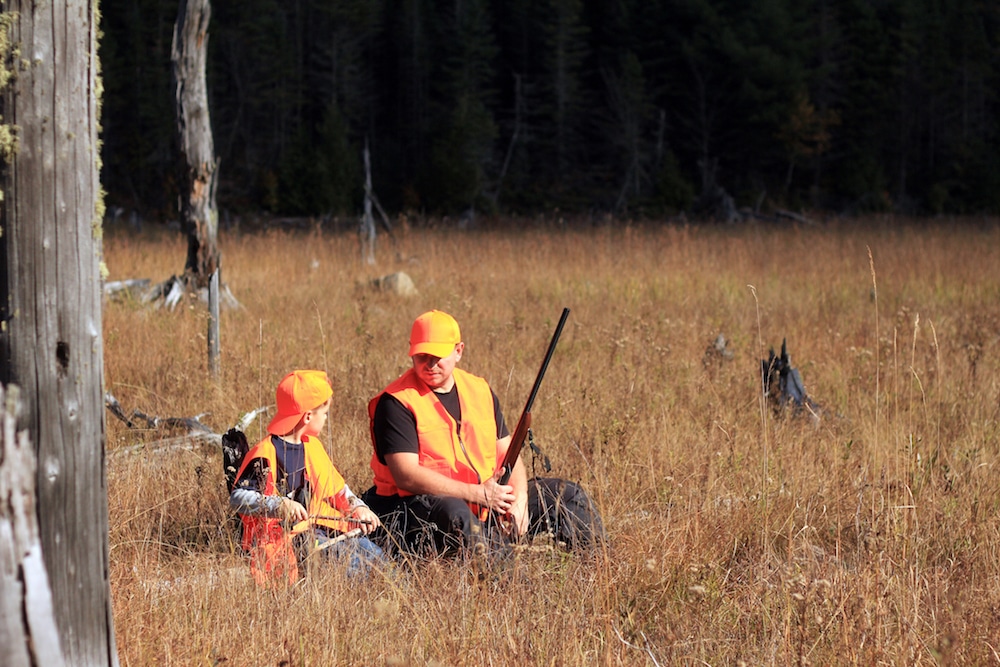 Growing up in a North Idaho logging town meant growing up outdoors. We lived right in the middle of what was then some of the best elk hunting in the state.

Hunting was such a way of life in our little town that the local mill basically had to shut down because everyone was in the woods trying to “get their elk” for the winter. Some years the schools even closed for the first three or four days of the season because all the kids were hunting with their families.

At that time, every sixth-grade student took the Idaho state Hunter’s Education Course and learned about gun safety. We took the course during school time, in the school classrooms and even shot .22 rifles in the gym to complete the marksmanship and safe gun handling portions of the class. What a grand time!

Not only did we get well-versed in reading, writing, and arithmetic, but we got to shoot guns and learn about life in the outdoors.

I recall the days I would arrive home from school, change my clothes, grab a vest, a handful of .410 shells and an old bolt-action Stevens shotgun and walk to the nearby woods to hunt grouse until dark.

The Declining Number of Hunters and its Impact

My how times have changed. In 1982, there were about 17 million licensed hunters in the U.S., according to a National Survey of Hunting, Fishing, and Wildlife-­Associated Recreation report issued by the U.S. Fish and Wildlife Service.

That report featured in an Outdoor Life magazine article. That same article stated only about 11.5 million people hunted as recently as 2016.

The declining numbers are alarming for several reasons. First, as the numbers fall, the voice that hunters have in the public arena slowly fades away.

Second, fewer and fewer people will be connecting to the outdoors in a way that truly teaches us about life, death, sustenance, and basic self-reliance skills.

Finally, the funding of our nation’s wildlife areas relies on the hunter to write the check that provides a huge portion of the money for state fish and wildlife agencies.

Without hunters, wildlife conservation dollars will continue to decline, and in turn, the animal populations we enjoy today will decrease due to overpopulation, uncontrolled predator numbers, and disease and starvation.

As hard as it sometimes is to understand, hunters are the key to healthy wildlife populations. Across the country today, wildlife and conservation organizations are striving to get new folks into the hunting fields.

For hunting advocates and enthusiasts, it should all be about recruitment, retention, and reactivation. New, younger hunters are a must if the sport and our North American Model of Conservation are to survive.

Those who are current hunters must be encouraged to keep hunting. As the population ages, some of those hunters may not be able to go deep into the backcountry like they used to do, but plenty of opportunities exist to hunt small game and upland birds and keep the spirit of hunting alive.

Finally, there are hunters who have given up. Maybe because of age or finances or not having a place to hunt on public land. We must encourage those hunters to join us in the field and be active in their sport and passion once again.

Start Them Off When They’re Young

One of the best things we can do is take a kid hunting. Not only do you need to get your own kids outside, but offer to take their friends from school if they show an interest.

In fact, it’s very likely there are adults you know who would like to learn about hunting and participate, but don’t have anyone to show them how to get started.

Of course, the first order of business for any hunter is to get enrolled and successfully complete the required Hunter Education course for their state. Many times the bulk of the book learning can be done online.

The shooting and safe firearm handling portions are usually done at a shooting range and are a mandatory hands-on activity. Work with your new student to help them successfully pass all requirements.

If your aspiring hunter is too young or too small to actually hunt and handle their own firearm, take them with you anyway. Get them out in a blind whenever you go. Teach them about the sounds in the woods. Watch the squirrels storing their winter food supply.

Take them to the range and shoot pellet guns or .22’s. Do whatever you can to get them outdoors and learning and wanting more on the next trip.

My dad took us hunting whenever he could. He grew up during the depression and they hunted so their neighbors could eat. For him, our trips didn’t need game in the bag to be awesome experiences.

It was about being outdoors and learning. I can’t say we ever bagged any big game. We got a few grouse now and then, but I can tell you we built a fire on every trip outdoors.

We learned how to tell where we were on the map and use the compass to get back to the truck. And we practiced safe gun handling every minute we were in the woods.

When teaching from the NRA Basic Firearms syllabus one of the first lessons is learning initial success. In order for a new hunter to succeed in the field, you need to stack the deck in their favor.

Start with small game hunting or turkey hunting. It’s far easier to get your new hunter into the activity when calling turkeys or maybe chasing cottontails with beagles. You may not fill the pot, but you will see game and that fuels the fire.

If possible, try to find some private ground to hunt in order to up the odds of seeing, and possibly tagging game.

Check in with the local fish and wildlife staff in charge of education. Many times they will have a program of mentored hunts available that pairs experienced hunters with new hunters to give them the best possible first hunting experience available.

Create a season or seasons of firsts. My nephew loves to shoot and hunt, but I know from personal experience that big game hunting can be something that is very frustrating and very hard to be successful at when starting out.

Last fall we embarked on a series of new experiences to spend more time in the field and open up his eyes to the opportunities that exist long after the big game seasons have closed. First up was rabbit hunting with beagles.

I have been hunting for several years with a fellow who is a veteran hounds-man. He is passionate about hunting and getting new folks in the field.

So, I set up a couple hunts with him for my nephew to get a taste for being around hound dogs and getting some fast shooting at running bunnies. The result? Success on each trip with bunnies for dinner and new hunting memory created.

Next, my beagle-running friend invited my nephew to a huge private ranch to hunt wild pheasants. While the day was not perfect we got some birds and suffice it to say, memory number two was created with my nephew taking his first rooster pheasant.

Finally, we spent a day with another friend with some fine Llewellin setters hoping to get into some more roosters.

The pheasants were extremely wild, but we broke up a huge covey of quail and spent the rest of the day flushing singles and doubles.

My nephew learned that the baseball-sized little rockets are tough to hit in tight cover. But you keep on going and you keep on trying. At the end of the day, he had bagged his first quail and had the good pleasure of watching great dogs do the work they love.

All those trips happen because I make it my business to stay in touch with other hunters, landowners and members of conservation organizations.

There are hunting opportunities available if we work at finding them and then actually going out and participating in them. Get involved and you’ll find similar opportunities, too.

As hunters, we are all responsible to promote our sport and the important role hunting plays in wildlife conservation, habitat improvement and in the well-being of our society.

Think about your circle of influence. Is there a youngster who would like to learn to shoot and hunt? What about co-workers who have expressed an interest but don’t know where to begin?

Step up and be a hunter who introduces someone new to the outdoors this fall. I guarantee you’ll have more fun teaching another hunter than you ever will hunting alone.

Any questions about how to get involved with hunting? Leave a question or comment below!