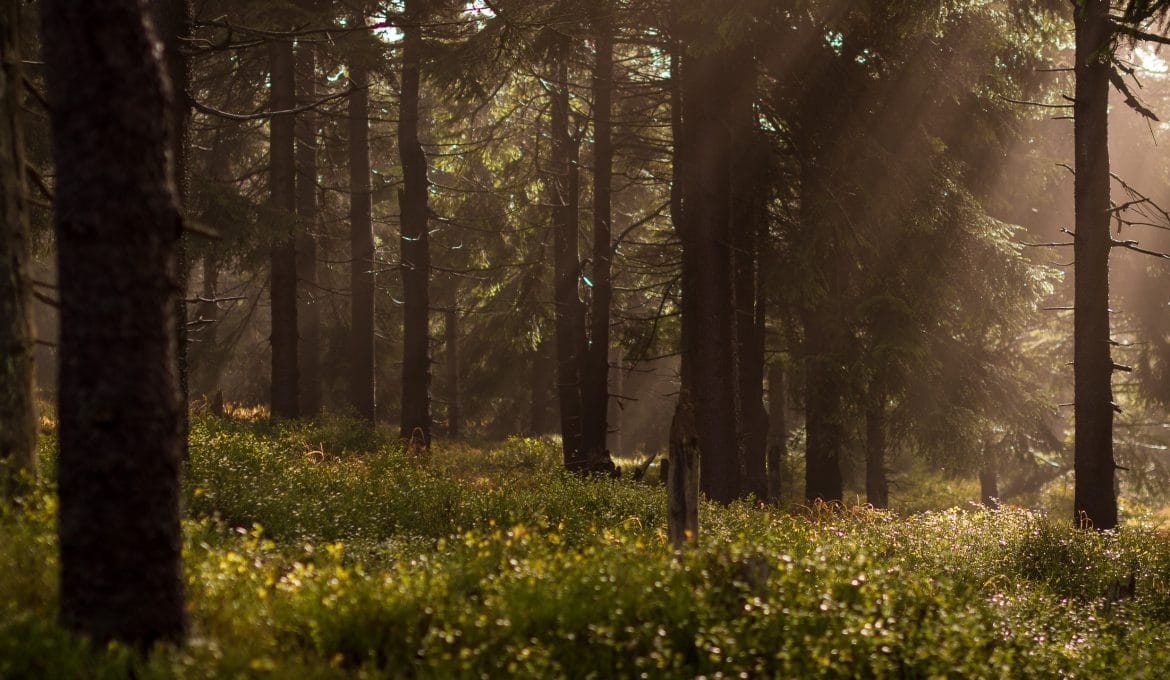 Between the numerous national forests, state forests, wildlife areas, and BLM land holdings in the two states, there are millions of acres of public lands open to hunting in the Pacific Northwest.

Oregon also has many private lands that can be accessed through the state’s Access and Habitat program. Washington’s hunting lands are best surveyed (at least from afar) by using the Washington Department of Fish and Wildlife (WDFW) website.

In this rest of this article, I’ll provide a brief overview of the most important information you need to know before going small game hunting in the Pacific Northwest.

You can visit the Oregon Department of Fish and Wildlife (ODFW) website for more information on residency qualifications, combined angling and hunting licenses, and the costs of tags for specific game.

However, it’s important to note that the state of Oregon does not require additional tags for most small game species, such as squirrel and rabbit.

While there are no minimum or maximum age requirements to be eligible to hunt in Washington, those born after January 1, 1972 must show proof that they have passed an approved hunter education class in order to be granted a license.

Hunters are then required to provide physical proof of a license, tag, or permit when requested by a WDFW officer or other enforcement official. In 2019, the cost of the annual small game hunting license was $40.50 for residents and $183.50 for non-residents. All annual licenses come with a Vehicle Access pass, which grants access to all DFW land and boat launches.

When hunting certain small game in Washington, you’re required to purchase additional tags. For the most up-to-date information on tag requirements, check out the WDFW website. You can also visit their online licensing system to purchase licenses, permits, and tags.

Oregon, specifically, has a very large coot population and they provide an excellent opportunity to refine your marksmanship skills in preparation for eventually hunting larger game. Usually identified by their black and gray coloring, coot can actually become very aggressive during their breeding season, which is one of the major reasons why the state of Oregon is interested in cutting their population numbers down.

In the state of Washington, one of the most popular small game animals to hunt is quail. These small birds are most active in the mornings and late afternoon. They tend to frequent grain fields and areas where weed and grass seeds are most readily available.

According to the Northwest Sportsman, there are 75 different counties covering the more than 164,000 square miles that make up the states of Oregon and Washington. I’ll briefly summarize some of the best small game hunting counties in the two states, starting with Oregon.

Morrow County takes the top award for the best county for birds in Oregon. Pheasant, quail, and chukar are all plentiful in the county.

These animals tend to flock to the rolling grain fields that are now on Conservation Reserve Program lands. The land in this county grows a variety of cereal, grass, and forage crops, which provide excellent habitat for small game.

In addition, the wooded highlands of the Umatilla National Forest offer some of the best grouse hunting in the entire state of Oregon.

The only drawback is that you won’t find any grouse here. Skagit County has a reputation for being some of the best waterfowl habitats on the west coast. There are several thousand acres of WDFW lands scattered around the county’s saltwater bays and deltas.

If you’re looking for grouse, Yakima County is one of the best spots in the state. The Yakima Valley also hosts healthy populations of doves, pheasant, and quail, as well as several species of migratory waterfowl.

The northwestern end of the county is national forest and state land, and you can also access thousands of more acres of federal and tribal lands by acquiring a Yakima Nation hunting permit or Yakima Training Center Outdoor Recreation Card.

Best Hunting Base Camps in the Pacific Northwest

I also want to provide recommendations for some nearby towns that provide the best base camp locations for small game hunting in the Pacific Northwest.

I’ll also suggest several nearby RV resorts you might enjoy during your stay!

If you’re looking to access the amazing hunting grounds in Morrow County, some of the best cities to base camp in are Boardman, Heppner, and Umatilla.

If you’re heading to Grant County for the best-in-the-state snipe hunting, Moses Lake and Mar Don are two popular spots to rent a room or cabin.

Mar Don RV Resort on Potholes Reservoir, Suncrest RV Park, and O’Sullivan Sportsman Resort are three excellent RV locations to set up a base camp in the region.

In Skagit County, the Skagit and Samish River deltas provide some of the most fertile small game hunting grounds. If you’re heading up to this area, La Conner, Mt Vernon, and Burlington are a few of the best towns to set up base camp.

Just outside of Yakima County, the town of Ellensburg provides a couple RV parks to choose from.

The Yakima River RV Park and E&J RV Park both provide convenient locations for a base camp if you’re heading into the Yakima Valley to hunt your choice of small game.

Oregon and Washington are often overlooked for their abundance of wildlife and acres of great hunting grounds.

If you head up to the Pacific Northwest for your next small game hunt, I’d love to know where you go and how you do! Until then, happy hunting.

Do you have any interest in hunting small game in the Pacific Northwest? Leave a comment below! 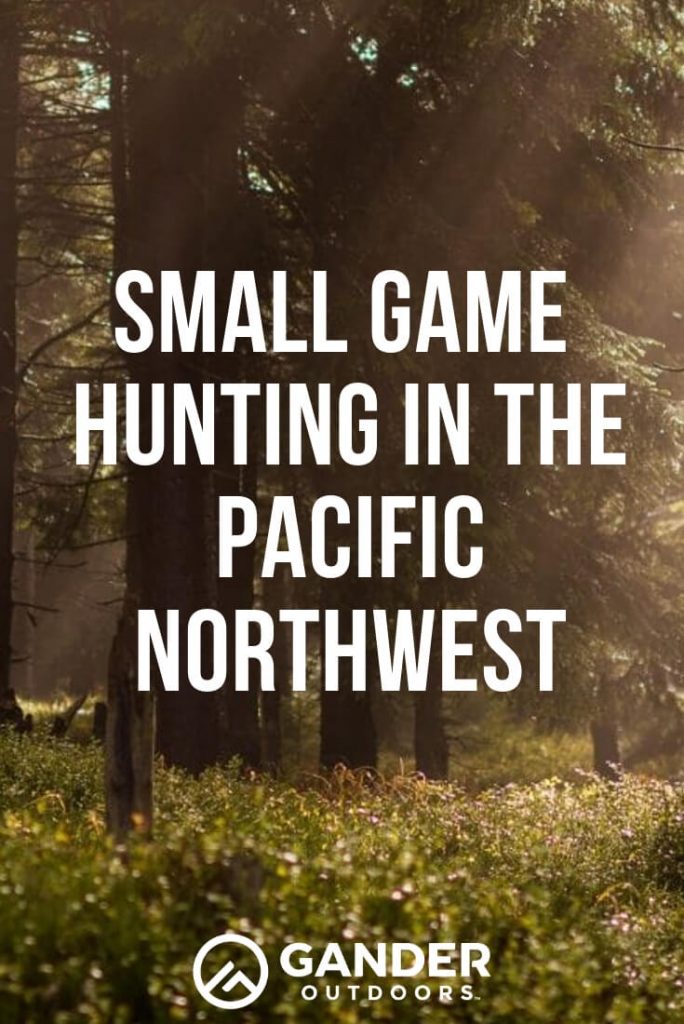 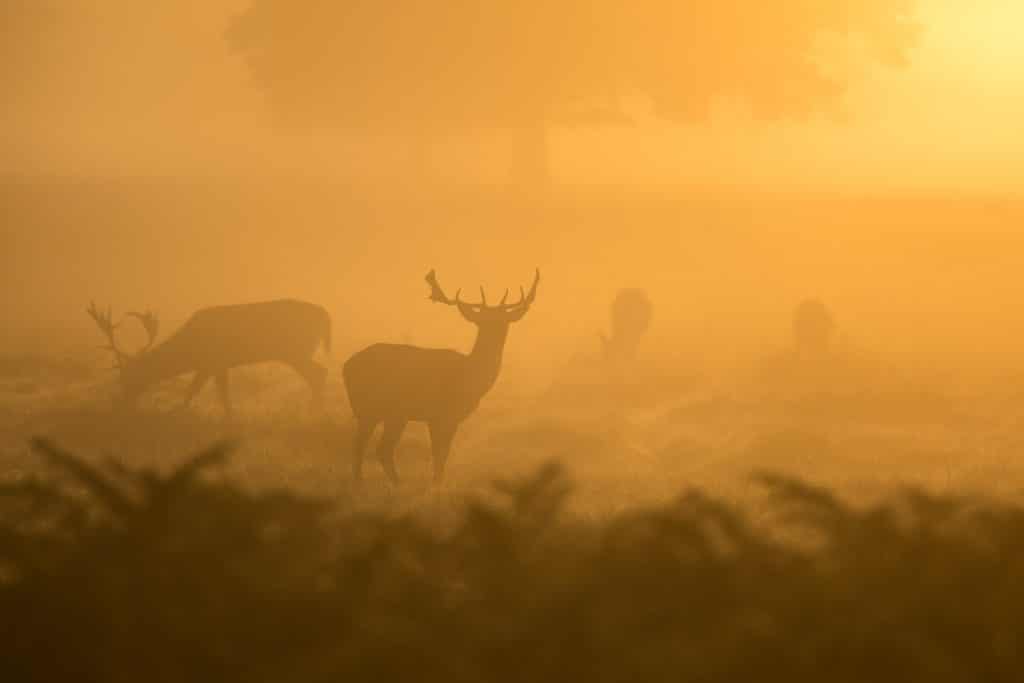 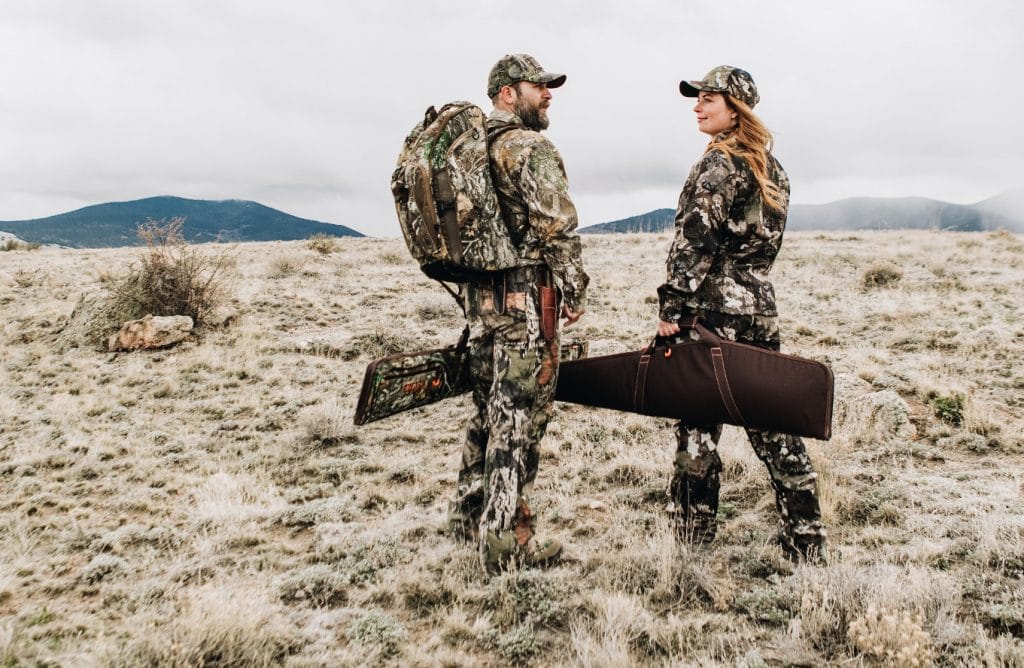