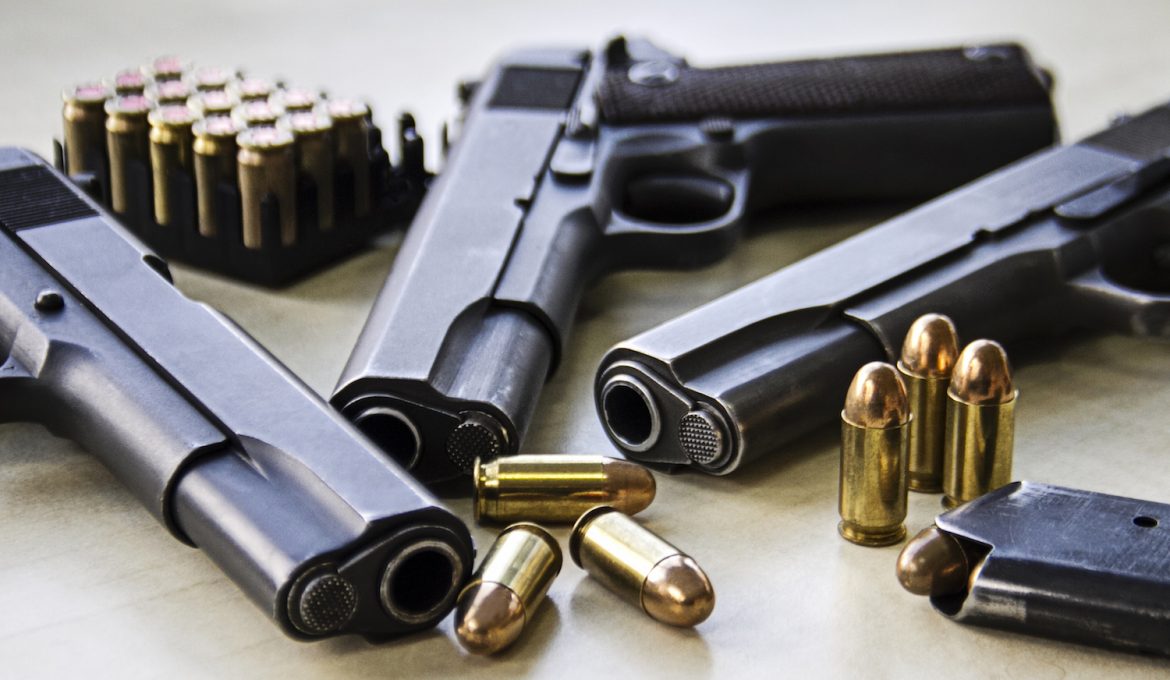 Handguns come in all manner of designs, sizes, and chamberings. From the humble yet utilitarian .22 long rifle to the big calibers such as .460 and .500 magnum rounds. Handguns, like rifles, can fill different niches and purposes, from pest control or target shooting to concealed defensive carry.

When you can’t carry a rifle, a handgun is your only option for a self-defense firearm.

With pistols, there’s a seemingly limitless variety of types, calibers, and purposes. Here’s a look at what’s available.

Most handguns today produced for the US market are semi-automatic. That means that for every trigger pull, the pistol will fire once. They feed from a detachable magazine that is either single-stack—often found on older semi-automatic pistols and compact handguns—or double stack magazines.

When a semi-automatic is fired, the spent casing is ejected, and a new cartridge is automatically loaded into the chamber from the magazine.

Revolvers use a cylinder typically containing anywhere from 5-8 cartridges that revolves in a clockwise motion, hence the name. Cocking the hammer also positions a cartridge with the barrel, and pulling the trigger releases the hammer and causes the pistol to fire.

When all rounds in the revolver are fired, the spent cases must be ejected by hand and new cartridges loaded into the cylinder. The loading process is longer with a revolver, but the system tends to be more reliable than a semi-automatic.

Single-shot or break-action handguns are another popular design. A single-shot/break-action pistol is a handgun that has a hammer similar to a revolver but is limited to one round per barrel before requiring a reload. These are often pistols kept for a backup weapon or a snake killer/pest control.

Years ago, handguns were heavy all steel firearms with wood grips. From the Military’s M1911 and M9 pistols to the service revolvers carried by most police departments, good ones were almost always heavy and expensive.

That all changed in the 1980s when Gaston Glock introduced his polymer-framed handgun. It wasn’t the first polymer-framed gun, but it was the first that was widely-successful. Glock’s pistols were known for their lighter weight, rugged reliability, and cheaper manufacturing cost. Within a few years, Glocks began to gain widespread popularity and acceptance.

Forever decried by the steel gun crowd, the Glock has found its way into various militaries and police departments the world over. Glock’s popularity led to the market being flooded by companies introducing polymer framed handguns.

Full-size handguns are handguns designed for maximum ammunition capacity and typically come with a 4 to 5-inch barrel—good velocity and accuracy for the shooter. These full-sized handguns are often found as military sidearms or police duty weapons. Many people keep full-size handguns for home defense, though a shotgun or rifle is a more common option.

Compact handguns are slightly smaller than a full-size handguns and designed for easier concealed carry. These handguns, though smaller, often carry almost as many rounds as a full size and typically have a 4-inch barrel.

Subcompact handguns are small handguns designed for concealed carry. They have a much smaller magazine capacity, shorter barrel, and are often much thinner than a larger handgun.

Need help navigating the world of handguns? Ask your questions below, or stop in to your local Gander Outdoors!

Zach Dunn has been a firearms instructor for over 15 years. He is an avid hunter, fisherman, and shooter. He lives in North Carolina with his wife and four kids.