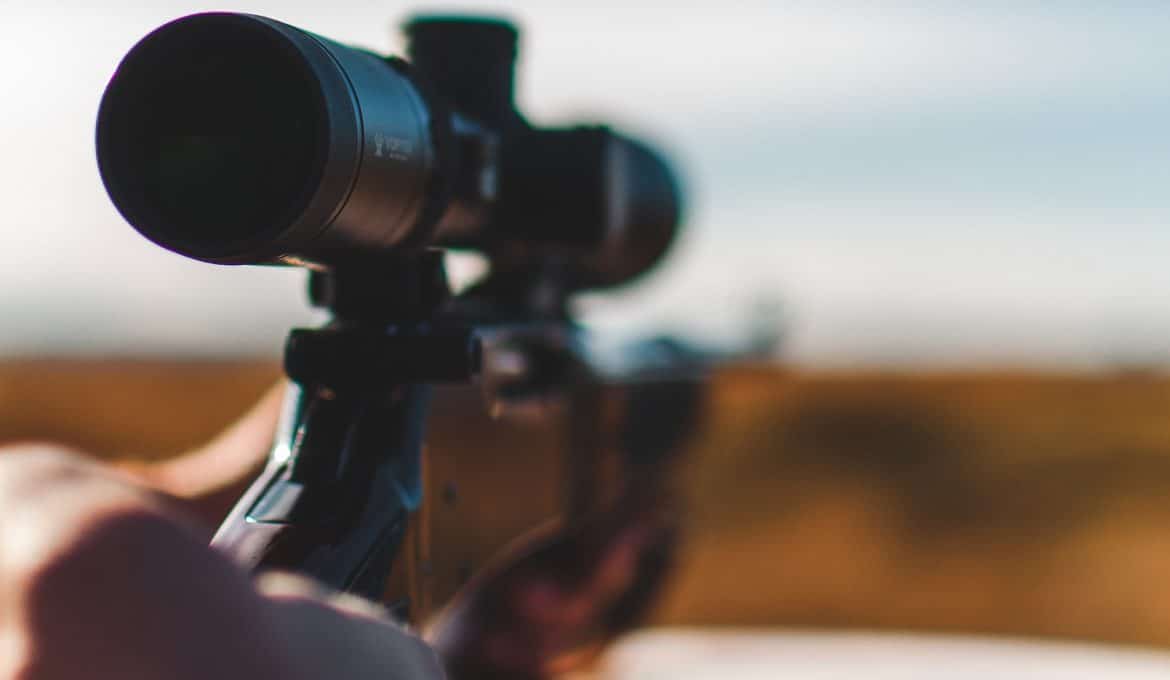 Most firearms enthusiasts and hunters that shoot rifles typically stay within 400 yards or so, and that’s that. At this range, most modern centerfire rifles and standard optics will do the job just fine.

When it comes time to reach out and hit targets at 600, 800, or 1000 yards, the optic on your rifle is just as important, if not more important, than the rifle itself.

If you want to start hitting these long range shots and you’ve got your rifle all picked out, its time to pick a scope to put on top of it. This can be daunting. Focal plane? Objective size? And what the heck is a MOA?

I’m going to try to answer those questions and give you the knowledge to pick the right scope for your needs, and along the way I’ll provide a few options for you to look at to get you started.

Magnification is the easiest part of the scope criteria to wrap your head around if you’re a newbie, so we’ll start there.

Magnification is just what it sounds like, how much the scope magnifies the object you’re looking at.

For long range shooting out past 400 yards, you’ll want something with at least 12x magnification, and if you’re going to stretch you to 1000 yards, especially for something like competition shooting, I’d recommend a variable power optic with 5 or 6x on the low end, and 24-25x on the high side.

On the low end, I’d recommend something like the Vortex Diamondback in 4-16×44 if you’re going to be shooting at the 1000 yard targets occasionally but want to mostly be able to dominate inside 600.

Clarity is again pretty simple, but it’s also somewhat subjective. Clarity is just how easy it is to see things through the glass, and how well the scope shows color and contrast.

You really get what you pay for here, and more expensive optics are going to have more glass with better clarity, especially out to the edge of your field of view. This is really the test of a modern optic’s clarity.

A lot of people think that bigger is better when it comes to objective size, but this isn’t always the case. Generally speaking though, a larger objective, somewhere in the 50-60mm range, is going to be best for the high-magnification shooting you’ll be doing out at and past 1000 yards.

That said, a scope with a smaller objective lens is going to weigh less and be easier to mount, so you may want something like the Nikon Monarch 3 in 5-20×44 instead.

The “44” that is the objective size in millimeters, and that’s how you’ll see the difference when shopping online.

The “focal plane” in question is a reference to which plane the reticle of the scope sits on, the first or second. If the reticle sits on the first focal plane, you don’t have to worry about it, and you can go on and shoot as normal.

If it’s on the second focal plane, you have some things to consider, particularly if you’re using your reticle to estimate distance, which you can do if you have a MOA or MRAD reticle (which we’ll cover in a second).

With the reticle on the first focal plane, the reticle stays the same size relative to the target, always. This is great because it allows for hashmarks on the reticle to be used to gauge distance and estimate holdover and windage.

If you have a variable power optic with the reticle on the second focal plane, adjusting the magnification will change the relative size of the reticle compared to what you’re seeing through the scope. This makes and MOA or MRAD markings on the reticle irrelevant except at the highest magnification setting.

Of course, FFP scopes are more expensive because of the way the lenses are ground and etched, but you get the extra ability to range your target and use things like BDC reticles or mildots to adjust for bullet drop at any magnification.

I could write a whole article on MOA vs MRAD, but the big thing you need to understand is that these are angular measurements that basically quantify accuracy on a point between your muzzle and your target.

If you want to know more, check out this article here, but for our purposes you need to remember two things.

First, it’s easier to estimate distance to a target of known, or at least estimated, size with MRAD reticles, and its easiest to adjust your scope if it handles adjustments in the same style as your reticle. So for a MOA reticle, you’ll want MOA adjustments on your turrets, and MRAD for MRAD if you have that kind of scope. Also, make sure your scope has “target style turrets” to adjust for windage and elevation as needed.

There’s a lot that goes into choosing a scope for long range shooting, but if you follow these basics, you’ll definitely be headed in the right direction.

For me, at 1000 yards, I want something that has a first focal plane, MRAD reticle, MRAD target turrets, a 50mm+ objective lens, and magnification in the 20x-25x range. You may want something different, but if you don’t know what you want yet, that’s where I’d start.