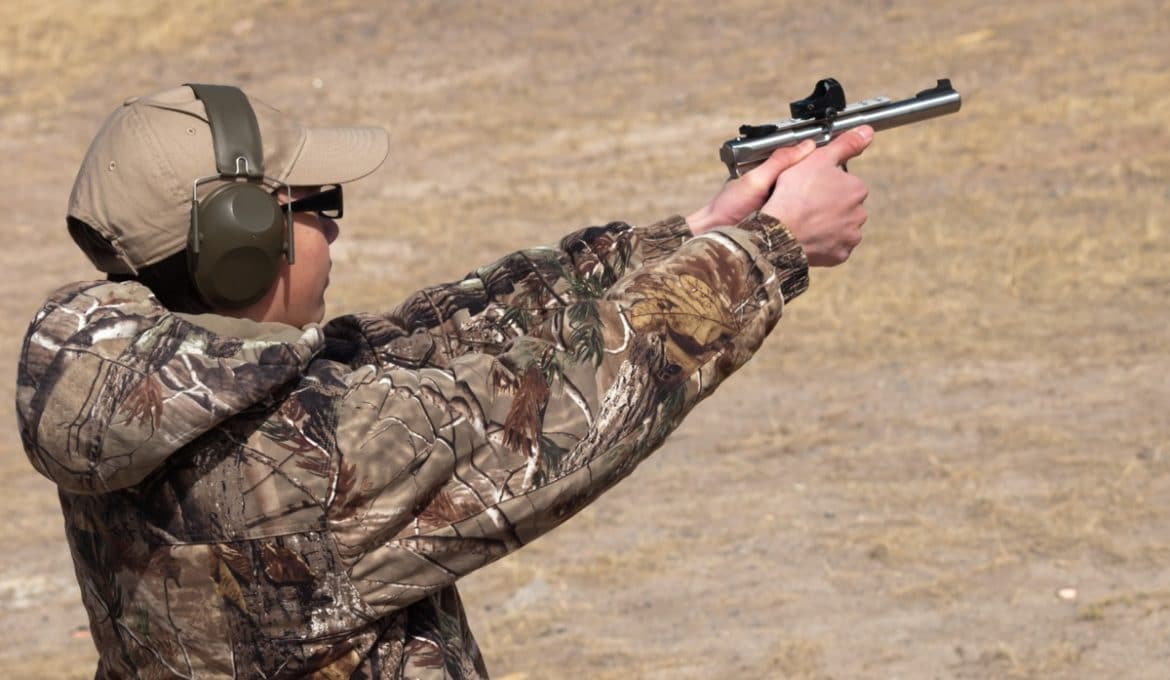 Shooting a pistol accurately and effectively is definitely a “use it or lose it” type of skill. Pistol shooting ability degrades much faster than skill with other firearms like say, a rifle or a shotgun, so it’s important to not only practice often, it’s important to practice in a way that actually helps you improve.

This advice is for competitors, casual shooters who want to do better at the range, and perhaps most importantly for those who choose to carry a handgun to protect themselves and their loved ones.

About 90% of problems I see with new and inexperienced shooters come down to one of two things. The first is their grip.

Mastering a secure, repeatable grip is a key component to a good pistol shooting, and really is the foundation of everything you’ll want to work on later, so it’s important to have this down first. Your grip should be firm, and should allow you to control recoil effectively while still being able to manipulate the controls (trigger, mag release, etc) efficiently.

Now, what should your grip look like? I could write a whole book on the different ways to grip a pistol, but don’t take anything from me. Take it from a master shooter.

Bob Voegel is one of the foremost competitions shooters on the planet, and for what it’s worth I wholeheartedly agree with what he’s saying here about grip. For another look into the two grips he discusses, check out some of the pros and cons of different grips.

Master Your Trigger Squeeze and Analyze Your Groups

If grip isn’t the problem, it’s probably trigger squeeze (unless you’re cross-dominant and don’t know it).

Accuracy with a pistol is hugely dependent on your trigger squeeze imparting the right amount of force in the right direction. You want just the bare minimum of force, imparted straight back, and then you want to let off just enough for the trigger to reset.

This is how you shoot quickly and accurately, assuming your grip lets you compensate for recoil, and your basic sight alignment is solid. Master that and you’ll see your split times (time between shots) drop dramatically, which can be the difference between winning and losing in a competition scenario, and the difference between life and death in self-defense situation.

How do you know your trigger squeeze is off? Well the first thing you need to do is shoot slow-fire groups at the range. Take your time, and try to shoot the tightest grouping you can at a close range (7-10 yards).

How does your group look? If you’re punching a full mag into the same ragged hole, you’re probably good to go. If you have weird flyers, it’s time to start looking at where those bullets are going and why.

Hits that go low and to the weak side (left for a right-handed shooter, right for a left-handed shooter) are typically indicative of a shooter that’s “jerking” the trigger. In other words, someone who is putting too much force on the trigger, too quickly.

Hits that are vertically on target but off to the weak side are typically a sign that you don’t have enough of your finger on the trigger shoe, and are pushing the muzzle to the side when you squeeze the trigger. Try getting the trigger more centered on the pad of your finger, rather than at the tip. This can be a problem for shooters with smaller hands, so you may need to look at different grip options or a different gun entirely if you can’t quite get a solid purchase on the trigger.

Hits that are vertically okay, but off to the strong side are typically a sign of too much finger on the trigger, and you’re actually pulling the shots off to the side.

Hits that are high can be caused by “heeling” the gun, where you’re exerting too much force with the heel of your strong hand and pushing the muzzle up in anticipation of recoil, or because of a flinch. Low hits are also likely caused because of a flinch or anticipation of recoil. A lot of times this is simple nerves, and can be overcome with more familiarity behind the gun.

What if you can’t get out to the range though, and want to keep your skills sharp at home? That’s where dry-fire comes in.

Use Dry-Fire Training and Tools to Improve at Home

It may not seem like it, but dry-fire training and practice at home is almost as important as what you’re doing at the range if you want to really improve. Unless you have a range in your backyard and free ammo, you’re probably not able to practice as much as you want with live fire at the range.

Dry-fire doesn’t replace getting out and shooting live ammo, but it sure does help with the trigger issues with discussed earlier, and it’s a great way to practice your draw which is extremely important to have down cleanly.

Now, you should be doing a lot of your dry-fire with the gun you’re going to be using with live ammo, but there are some other options out there such as laser trainers. These devices are either dedicated training guns, or inserts that work with your actual firearm to convert it into a laser gun.

These can then be used with laser-sensitive targets to train at home, and to diagnose those trigger pull issues we talked about earlier. I cannot recommend these enough for someone that’s looking to seriously improve their shooting with a handgun.

Make the Most of Your Range Time With Practical Drills

Slow-fire shooting at a stationary target at the same distance isn’t bad for you, but it’s maybe not as good as it could be.

There are few drills that I highly recommend you work into your training if you want to improve, preferably with a shot timer if you have one, or a free app if you don’t so you can track your improvement.

Practice doesn’t make perfect, but it does make you better. These tips should give you a place to start for improving your pistol shooting in a practical way that you can keep track of, and see what you need to do to further improve.