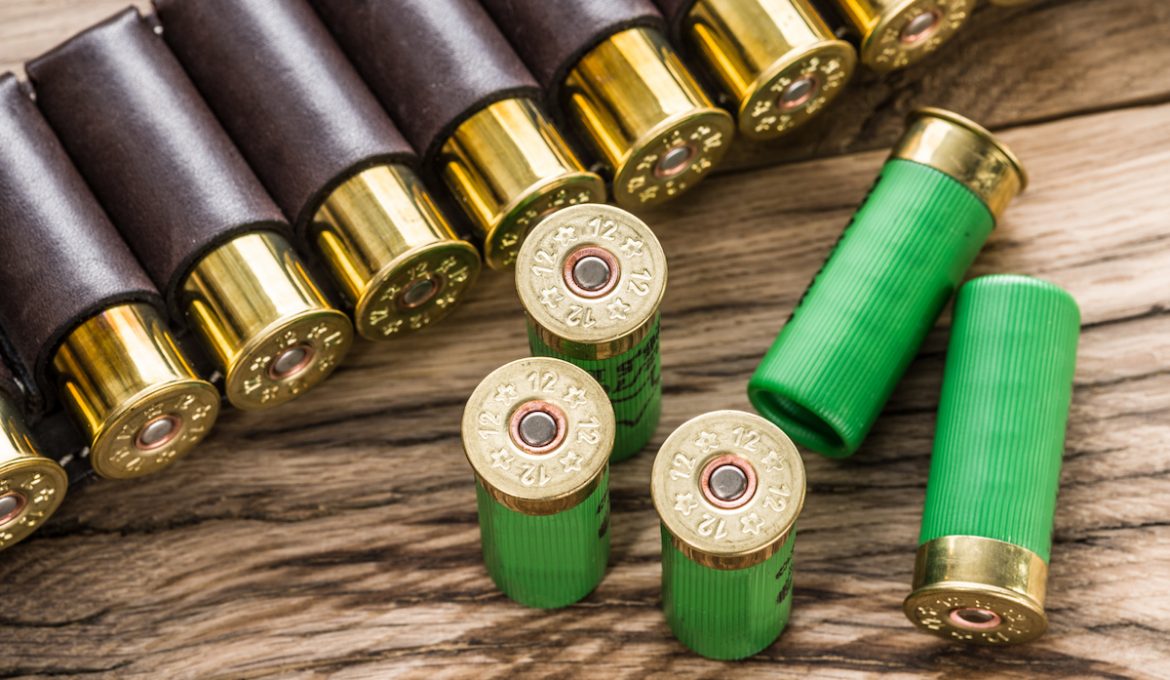 The firearm you choose to hunt with is only part of the equation to a successful hunting trip. Another important aspect is the ammunition chosen. The right ammo can make all the difference between getting a clean and quick kill and injuring an animal.

There are plenty of ammunition options, and the first time you look, you might find yourself a little overwhelmed. It pays to know just a little bit about ammunition so you can pick what’s right for the game you choose to hunt.

All ammunition has a similar design, whether it’s a cartridge used in rifles and handguns or a shotgun shell. All ammo shares the same essential parts and most look more or less the same, though you’ll find differences in sizes and details. No matter what ammo you buy, there will be four main components: case, primer, powder, and projectile. Shotgun shells also have a piece called a wad.

The case is what contains the other parts together. In rifle and handgun ammo, this is a metal cylinder (that’s often tapered) with the projectile at one end and the primer at the other. In shotgun ammo, the case is a plastic cylinder often brightly colored.

The primer is the part of the ammo that ignites the powder. There are two main types of primers used: rimfire and centerfire.

With rimfire ammo, the primer is placed along the outer edge of the circular end of the ammo casing opposite the projectile. The firing pin hits the edge which ignites the primer. This type of primer is used on low-pressure loads and cannot be reloaded. Rimfire ammo is found in rifles and handguns.

The powder is a chemical mixture that ignites, burns quickly, and turns to a gas which then forces the projectile out of the case. Modern powder doesn’t burn quickly outside of the casing, whereas older black powder burns extremely quickly whether or not it’s housed in a casing.

The projectile is made of metal and designed to travel down and out the barrel of the gun to kill the game targeted. In handgun and rifle ammo, this is called a bullet, and there’s a wide variety of shapes and sizes. Shotguns can shoot either a slug, which is similar to a bullet, or shot, which is a group of pellets. Different types of projectiles have different purposes.

The wad in a shotgun shell is a small plastic or paper piece housed inside the case between the powder and the projectile. Its purpose is to ensure that all the force of load is excreted on the projectile instead of escaping around the slug or through the shot.

You, of course, first have to start with the ammo that’s designed to be fired in your gun. Every gun is designed to fire a certain caliber or gauge of ammo. Rifles and handgun ammo are sized by caliber, whereas shotgun ammo uses gauges for sizing. From there, you have a fair number of options.

The weight of a bullet is usually measured in grains. A heavier grain bullet will typically do more damage and have a different bullet trajectory. It’s important to choose a bullet weight and then sight in your weapon using that particular ammo.

There are a wide variety of projectile shapes when it comes to rifle and handgun rounds. The right one for you will vary on your firearm and the game you’re hunting. These generally fall into four design categories (full metal jacket, soft point, hollow point, and ballistic tip) though there are plenty of other shapes out there. From there, you get further delineation and all sorts of different tapers or flat tips.

There are also shotgun shell projectiles. These are divided up into two categories: shot and slugs. As we said above, a slug is a single projectile shaped a lot like a bullet and shot is a group of pellets. There are various sizes of pellets, from small birdshot to large buckshot.

Shot is sized by number. A lower number means there are larger size pellets inside the shell.

With shotgun shells, you should also think about the load and length. Load refers to the powder charge inside the ammo. Different loads will come with different amounts of powder inside. This can often result in a longer shell. Typical sizes for shells are 2 and 3/4 inches, 3 inches, and 3 and 1/2 inches. Make sure you get the proper length shell for your shotgun. The gun will have the proper size shell listed on the side of the barrel.

When it comes to choosing the right ammo for the game you intend to hunt, you’ll hear a lot of different opinions. Everyone has a type of ammo they think is best. When deciding, you need to choose an ammunition that will kill your prey quickly and as humanely as possible but not completely destroy it so you can’t eat it.

Would a 12-gauge shotgun loaded with buckshot kill a cottontail rabbit? You bet, but it’s serious overkill for such a small animal. If you plan to eat the game you kill, which you most definitely should, then you need to pick an appropriate ammo.

If you don’t know where to start when it comes to choosing the right ammo for the job, check out this handy chart for rifle ammo. When it comes to shotgun ammo, remember that a lower number on shot means larger pellet sizes. If you’re hunting rabbit, you don’t need a 2 or a 4. Go with a 6 or higher. If you’re unsure what shot is appropriate for your game, check out this guide.

If you have any questions on the proper ammo, talk with one of our in-store experts. They’ll be able to point you in the right direction. We’d also be happy to answer any questions below!