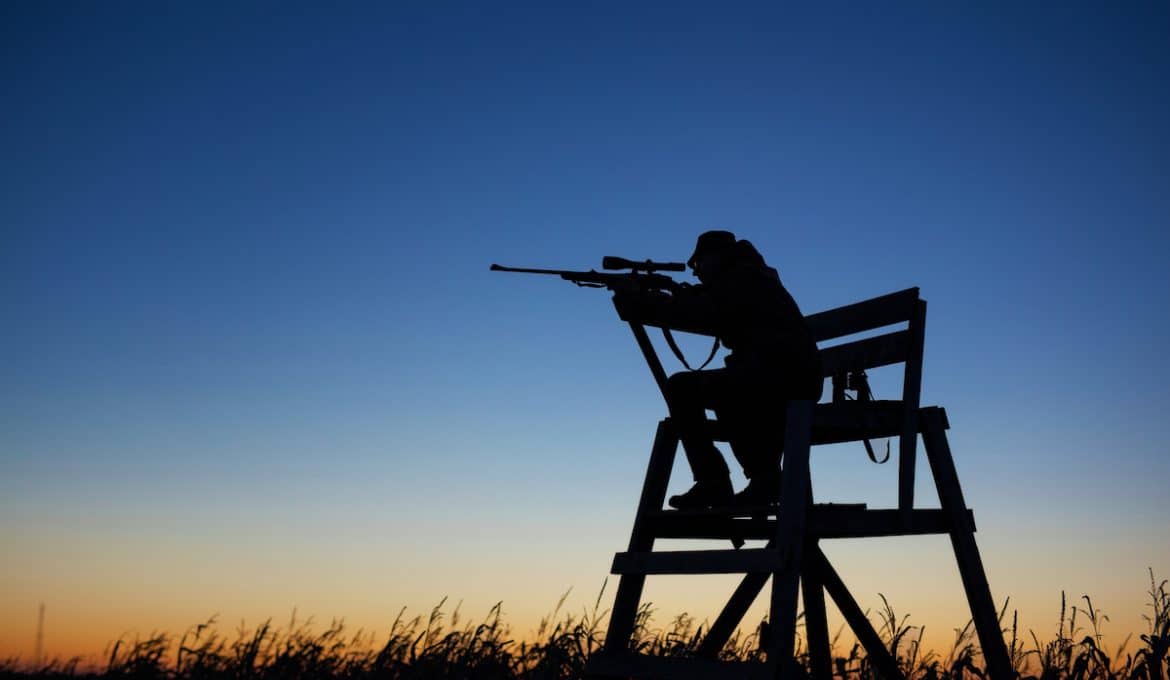 The .30-06 Springfield was almost always the go-to for big game hunting for a long time. Everything from whitetail deer to elk or even bear at a variety of ranges were taken with a rifle chambered in .30-06.

Nowadays, there are many more options, and there’s an ongoing debate as to whether or not the .30-06 is the best round for the big game challenge. Some claim it’s too much for the relatively short distances most people shoot. Others claim different ammo is superior, depending on the type of large game you hunt.

I’m not going to dig into the argument at the moment. What you want to shoot is up to you. However, there seems to be no contention with the fact that the .30-06 will bring down a deer or most other large game if fired accurately. It’s a strong and lethal round, and it will work well.

If you’re not a .30-06 shooter, be comforted by the fact that these rifles come in other calibers, too. So even if you don’t like .30-06 you should be able to get one of the rifles below ready to shoot a caliber you do like.

Capacity on the rifle, when chambered for .30-06, is four rounds. That’s plenty to take down a deer or whatever else you’re hunting. Savage Arms has several variations of the Axis II, varying slightly in price, but the Axis II XP’s MSRP is $484 on the manufacturer’s website. You’ll find the Axis II XP much cheaper than that with a scope included (around $400).

While this might be a budget-focused hunting rifle, you’ll find discussions about this gun online that prove its quality. Many hunters have made impressive kills with this rifle, and the ranges that they’re shooting at might surprise you. I encourage you to dig around on the shooting forums out there to see how people like it. This rifle is basically ready-to-go right out of the box, and that means it’s easy to just go out and go hunting. What more could you want?

The Ruger American is another modern centerfire rifle with a bolt action that can be chambered for .30-06. Ruger is one of the most well-respected firearms manufacturers out there, and the American is well-liked by many shooters.

It features a light 6.2-pound weight, a synthetic stock, easy-to-actuate tang safety, and a 22-inch barrel.It has a four-round .30-06 capacity, much like the Savage Axis II XP listed above. With a nearly identical $489 MSRP listed by Ruger, there’s not much to dislike.

Of course, you should have no trouble finding the Ruger American for less than MSRP (around $400), though at that price it will likely come without a scope. With that said, that just means you can put the scope of your choosing on it. From there it’s just a matter of getting the Ruger American sighted-in and ready to go hunting.

The Remington Model 700 is one of the most-recommended bolt action centerfire rifles out there. If you have hunters in your family or group of friends, chances are someone owns a Remington Model 700. It’s a gun that’s worthy of your attention and money.

The Remington Model 783 is a modern take on that iconic gun. The company says it builds the rifle with precision, durability, and performance-enhancing technology. I believe it. The rifle features an 8.625-pound weight, synthetic stock, 22-inch barrel, and a two-position safety located just behind the bolt.

Like the other guns on this list, it has a four-round capacity. Unlike the other models, its MSRP is a low $399. If you look around you should be able to find the Remington Model 783 for less than that, and it’ll come with a scope (around $330). Honestly, if I were going to go out and buy one of these three guns tomorrow, it’d be this Remington.

Are there other good .30-06 rifles out there? You bet. Browing, Mossberg, Winchester, and other companies make them. I’m not saying these are the only choices out there. Even around this price point, there are some other options. However, these are the ones I’d put my hard-earned dollars towards.

Have another option you think deserves to be on this list? I want to hear it. Leave a comment below!