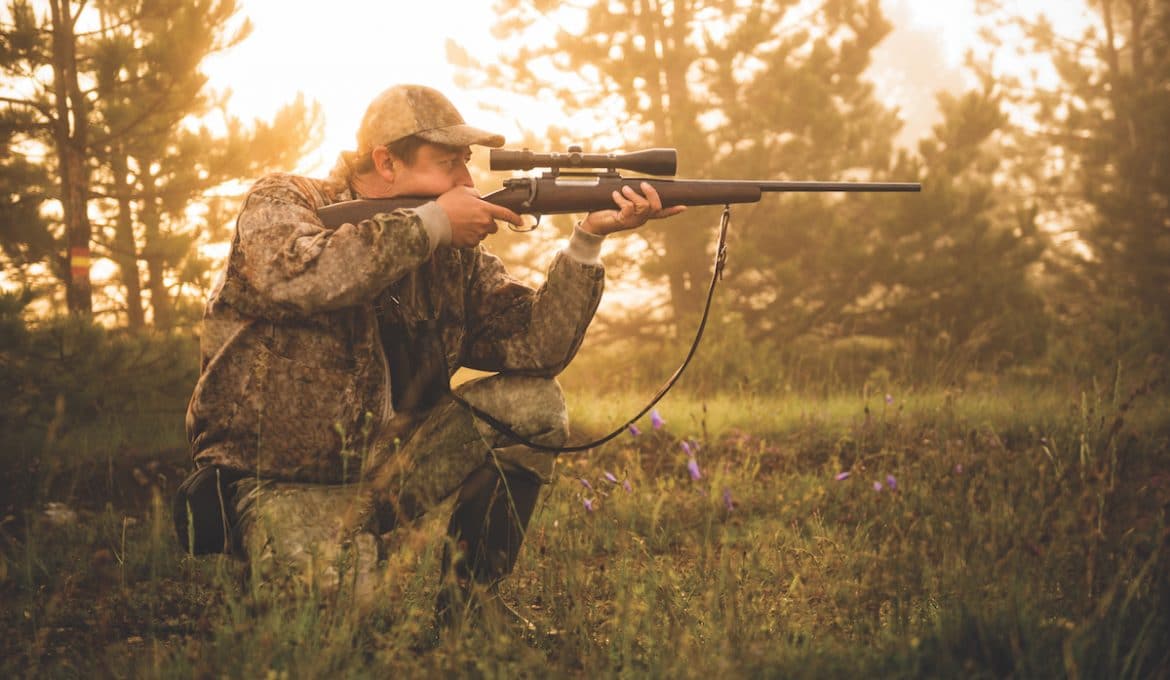 Hunting is a sport where you more or less have the freedom to choose the tools and equipment you want to use. However, there are rules and regulations on what types of weapons you can use to hunt specific game.

Regulations do vary from state to state, but most of the time you’ll be well within the law if you use one of the weapons discussed below. Before making any assumptions, however, you need to check your area’s laws to be sure you know you’re fine to hunt and kill animals with your weapon of choice.

With all that said, here’s a quick look at all the different types of weapons regularly permitted for hunting use. 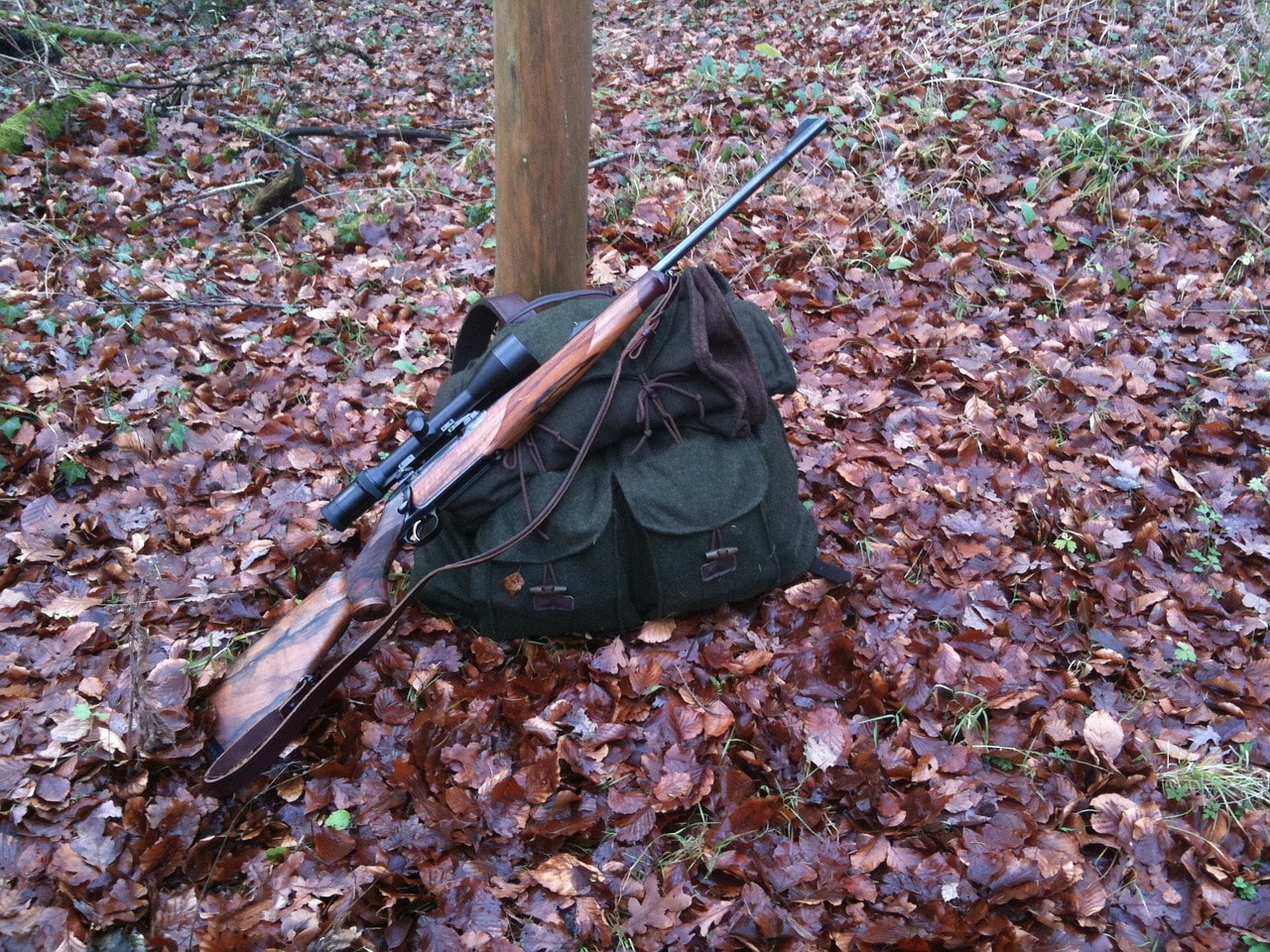 Most hunters choose to use some kind of firearm. The types of firearms available are as diverse as the hunters that use them. However, there are some regulations that you’ll find in most areas of the country that prohibit the use of certain guns and ammo for hunting, including automatic firearms, auto-loading firearms, and explosive ammunition.

Also, you need to pay attention to the size of ammunition allowed to hunt specific game. In certain cases, the gun you use may be legal for hunting, but the type of ammo may not be legal for the game you want to pursue. Make sure you know and adhere to the laws in your area before heading out.

There are several things that set rifles apart from shotguns and muzzleloaders, but the two most obvious aspects are the type of ammunition used and the fact that the inside of the barrel has grooves cut into it (called rifling) to make that ammo shoot farther and more accurately.

Rifles use a cartridge with a projectile called a bullet. There are all kinds of rifle designs, including break-action, lever action, bolt-action, and semi-automatic. Most are legal to use, though most states have a limit on magazine capacity.

Rifles that shoot .22 caliber ammo or larger will be acceptable for most types of hunting. However, small rounds and other rimfire ammunition—like .22 caliber—are not to be used with large game. Not only is it illegal in most areas, but it’s also too small to get the job done.

You need to check the laws in your area, but also have some common sense about the size of ammunition you use on game. Don’t assume that just because rifle season is in that you’re legal to hunt with whatever rifle you have. Do a little research and make sure the ammo your rifle shoots is legal and adequate for the type of game you want to hunt.

Shotguns are different than rifles and muzzleloaders in that the ammo they shoot comes in a shell and the inside of the barrel is smooth, though there are rifled barrels available for shotguns for slug ammunition. There are also several different types and sizes of shotgun shells to choose from and just as many different types of shotguns. However, most are either pump-action, break-action, or semi-automatic.

When it comes to shotguns, regulations usually dictate things like barrel-length, ammunition size (most states allow gauges 20 to 10 for hunting), and the number of shells allowed in the gun at once.

While a shotgun is typically the most versatile weapon you can buy, because it can be used to hunt everything from small game or birds to large game like deer, they are prohibited in some cases depending on the type of game, location, and time of year. Always check the laws in your area.

Handguns are short barreled weapons and fall into a few different categories, including single shot, revolvers, and semi-automatics. Hunting with a handgun offers a bigger challenged than with a long gun like a shotgun or rifle because it’s harder to accurately shoot a handgun, especially over long distances.

Some hunters add scopes or red-dot sights to their handguns when hunting. This can help make them more accurate. Most handguns used for hunting are designed specifically for it or for target shooting. These models have longer, heavier barrels to improve accuracy.

Generally, there are more laws and restrictions on using handguns for hunting than there are for rifles and shotguns. These laws often include regulations pertaining to the type of ammo used, the maximum number of rounds allowed in the magazine, and the permits needed to lawfully carry a handgun. Make sure you know the laws in your area.

Muzzleloaders are an older design, and though there are modern examples and continuous improvements, most hunters consider hunting with a muzzleloader more of a challenge than a modern shotgun or rifle.

Airguns are another option for hunters. Though still a new frontier for most, air guns are now an option for hunting all kinds of game from a rabbit or squirrel to a large deer or elk. Air guns come in a wide variety of specifications and can shoot projectiles ranging from small .177 caliber to large .50 caliber.

There are several different designs of air guns out there, including variable pump guns to break action weapons to pre-charged pneumatic rifles. There are also a wide variety of air pistols out there, though those are a less likely choice for hunters.

With airguns just now gaining popularity among hunters, regulations can vary dramatically. You need to check the laws in your area to be sure. New laws are being added every year pertaining to the proper use of air guns, and you need to be sure you follow those regulations. 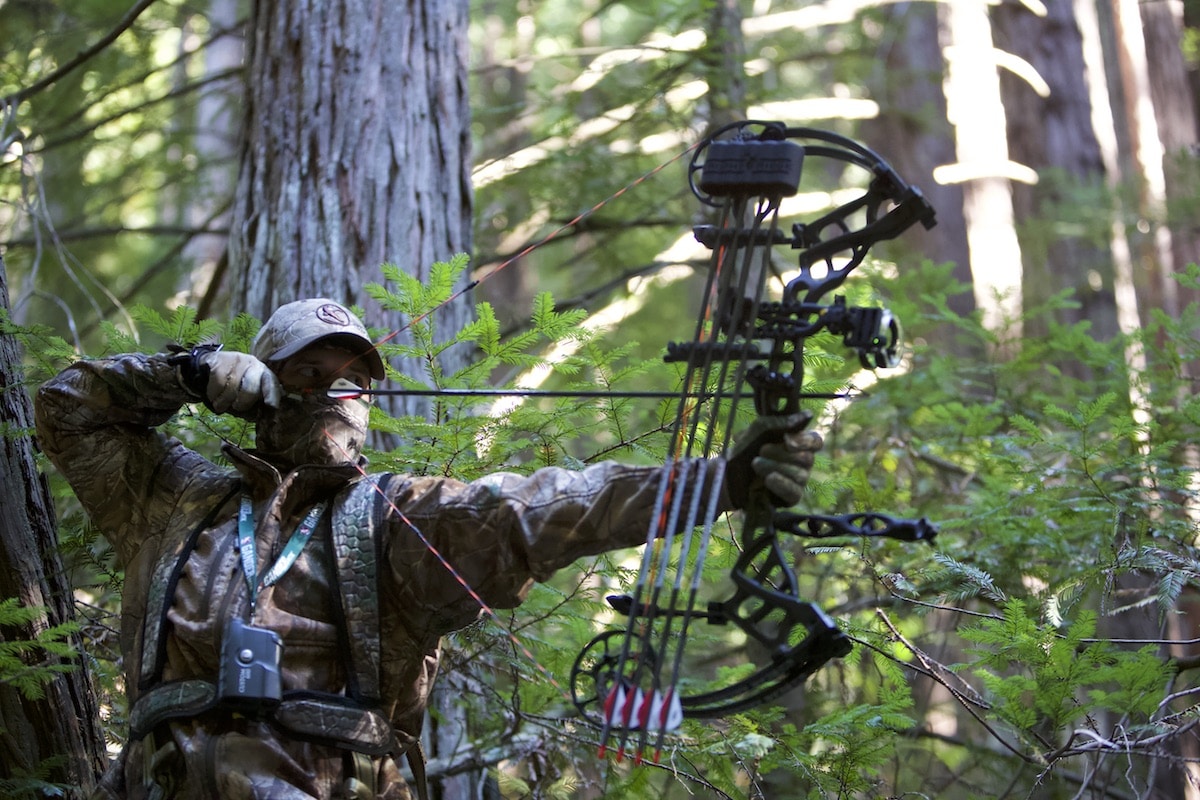 If you want to hunt, but firearms aren’t your thing, then archery is the way to go. Archers get their own season due to the fact that archery is more challenging and takes considerable skill. If hunters with firearms were able to hunt at the same time, it would put archers at even more of a disadvantage.

There are three different types of bows that can be used for hunting: longbows, recurve bows, and compound bows. Compound bows are the most common because they’re easier to shoot than longbows or recurve bows and are endlessly customizable.

Bow hunting is a distinct challenge and requires a lot of skill and practice, much more so than hunting with firearms. There are also regulations specific to bow hunting and bow hunting equipment, including seasons and locations, arrow tips, and arrow nocks. Check the regulations in your area to see what’s allowed and not allowed.

A crossbow is a bow turned on its side, attached to a stock, and shot in a similar manner to a firearm. It shoots shorter arrows called bolts and is easier to shoot than a typical bow, which is why many older hunters and hunters with disabilities gravitate to the weapon.

Crossbows are a special case in many areas of the county. They’re completely legal in some states, legal for some citizens in others (people with disabilities or older hunters who can’t hunt with a bow), and require a special permit in others. Before hunting with a crossbow, make sure to check the regulations in your area to be sure you can legally do so.

What do you choose to hunt with? Is there anything you haven’t hunted with that you’d like to? Leave a comment below. 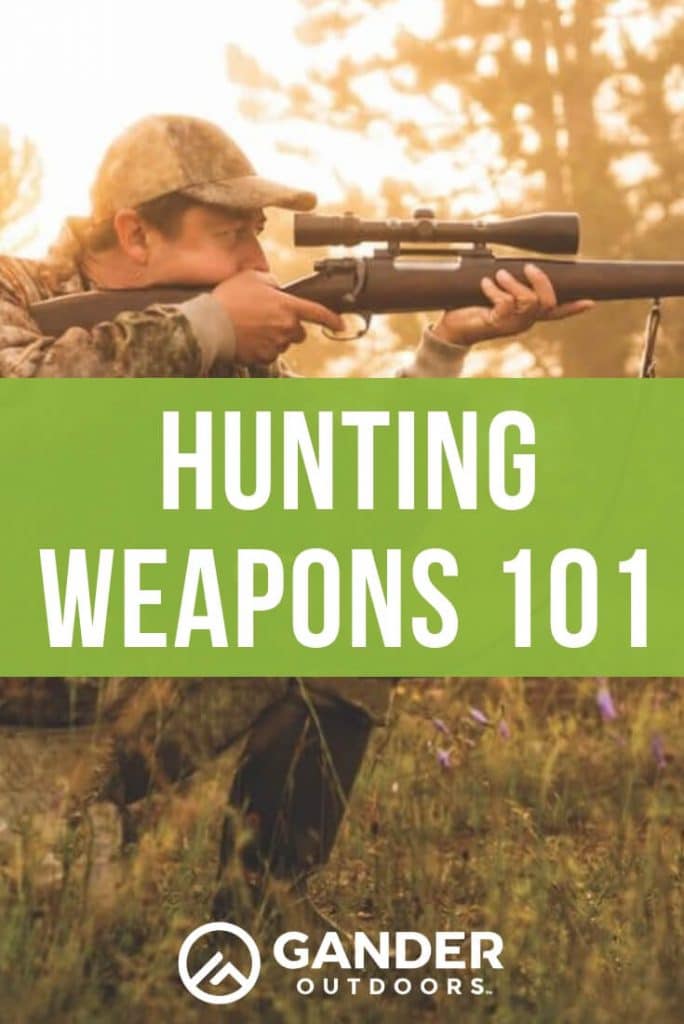