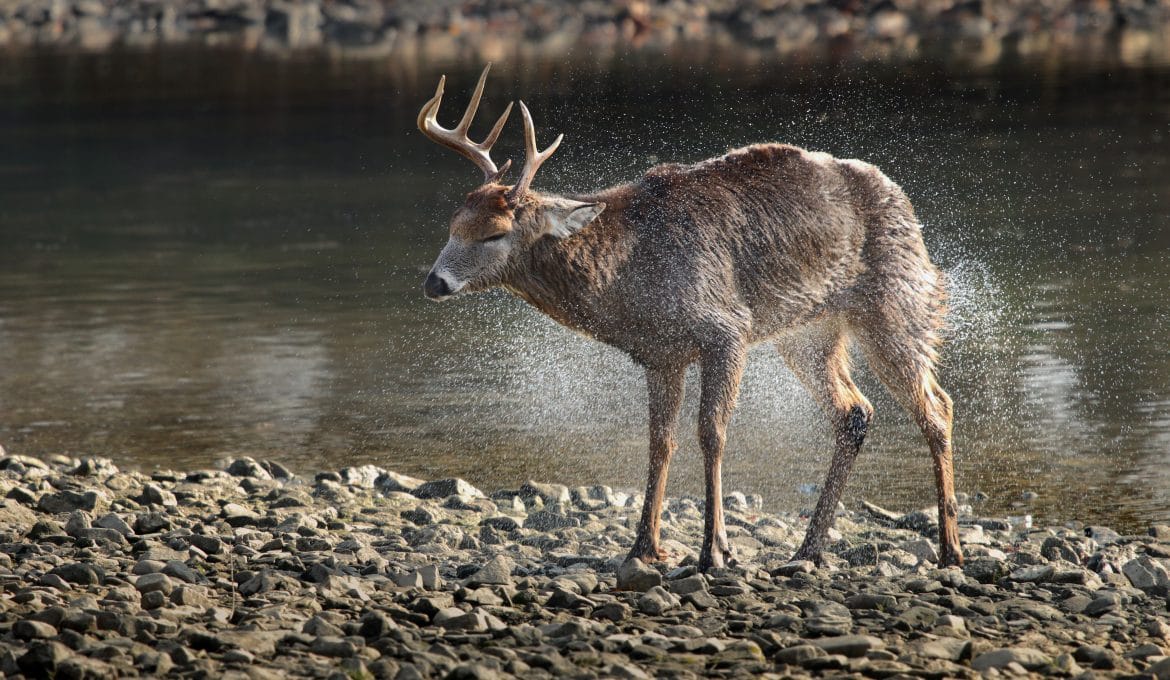 If you’re a hunter, or aspiring hunter, you’ve got some important decisions to make about your gear and equipment. Among those decisions is the answer to a an age-old question “what do I hunt with?”

This question has been argued, debated, and even led to violence among hunters all the way back to the stone age when someone declared their arrowheads were better than someone else’s.

If you go online today, the debates are still raging in forums, comment sections, and in YouTube videos about which caliber is best for what. I’m going to hopefully cut through this Gordian knot of information and opinion by making this easy: choose the round that makes sense for you.

Let’s talk a little bit about choosing the right round for your specific hunting needs.

As hunters and conservationists, we want to always harvest game animals in the most ethical, efficient, and humane way possible. Part of that means choosing a rifle round that is sufficient for a clean, ethical kill on the game you’re hunting without being so powerful as to destroy too much of the meat.

In essence what we’re looking for is a round that’s sort of a “Goldilocks round”—not too big, not too small.

What that round might be depends on what you’re hunting, and at what distances.

Considerations for What You’re Hunting

The most important consideration when choosing a hunting round is choosing something that makes sense for the game you’re hunting. Will a .22LR kill anything that walks the Earth with proper shot placement? Absolutely.

Do I want to rely on one to stop a charging brown bear or Cape Buffalo? Absolutely not.

Conversely, a .50 BMG will also kill anything that walks the Earth, but it’s going to destroy basically anything it hits.

Tightening our focus a little bit, we need to separate our categories of game a little bit. A helpful way to do this is by dividing our game into the following groups: varmints/small game, medium game, and large/dangerous game.

For our purposes, varmints include very small animals like prairie dogs, gophers, armadillos, coyotes, and other pest species that are eliminated primarily to avoid damage to crops and grazing lands or pasture. For this, anything from .22LR is the bare minimum for close range, with birdshot, .17 HMR on up to 5.56×45/.223 being about the upper end of what’s necessary, but most anything will work as these are not “eatin’ animals” as my Grandfather would say.

Small game is a little different and includes birds such as doves and quail, as well as rabbits and squirrels that are eliminated for food, and not just to prevent agricultural damage.

This is the area where you want to start being a little more particular about not using something that’s too large for the game you’re after as these animals don’t have a whole lot of bodymass to absorb the energy of larger projectiles without damaging the meat.

Medium game includes your smaller deer species such as whitetail and mule deer, antelope, feral hogs, on up to black bear. For this, you can get by with .223 (where legal) but I’d recommend anything between .22-250 on the low end and .45-70 Gov’t on the high end.

Large and dangerous game includes your larger bear species on up to the Big Five in Africa. In many cases, these are potentially dangerous animals, so if you’re hunting on the ground at close range, you’ll typically step your caliber up a bit to give yourself a better chance of hitting that kill shot on the first try.

For this, I’d say something in the .44 Magnum caliber is about the minimum that’s required, and the sky’s the limit as far as the upper end goes, especially when hunting dangerous game from the ground at close ranges.

Considerations Based on Where You’re Hunting

Secondary to “what” you’re hunting is “where” you’re hunting. For me, I’m hunting mostly in the Southeastern United States. The furthest I have ever shot in 15 years of hunting here was about 360 yards. Most of the deer I’ve shot here have been within 100 yards, with several of those being within 50 yards.

Now, when I go visit my buddies in Kansas, Wyoming, and Montana? All of a sudden we’re taking shots out to 600 yards, and my 12 gauge is no longer sufficient whatsoever.

Finally, there’s the considerations around bullet choice.  Modern hollow points and hunting ammo have come an awfully long way from even just a decade ago, and you can do more with smaller calibers now than ever before.

That said, it’s still important to use modern hunting-focused bullets that are designed to expand in soft-tissue. No full-metal jacket rounds unless you’ve chosen a specially-designed penetrator for something like bear or cape buffalo where you have an awful lot of soft-tissue to get through before you get into the vital organs for that clean kill.

Also remember that legal doesn’t necessarily mean ethical so always use your own discretion and common sense, as well as your conscience as a conscientious hunter when it comes to choosing a hunting caliber.