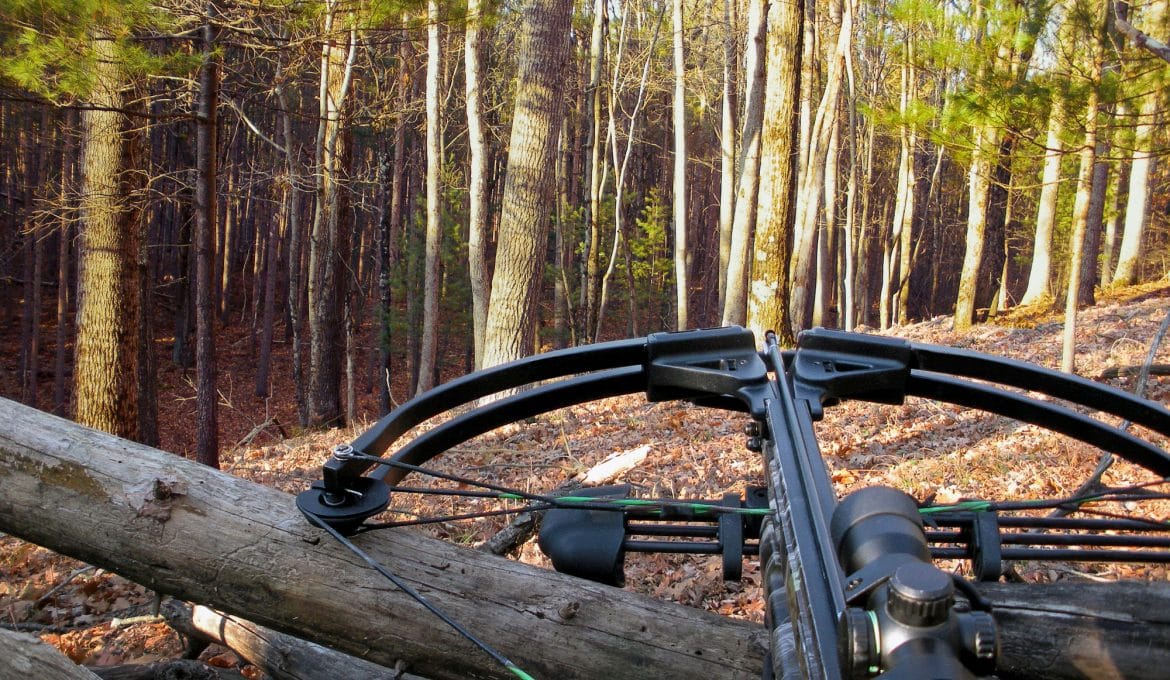 Crossbow hunting has been on the rise in the last few decades, with crossbows accounting for almost a third of all bows sold in the country.

While crossbow hunting used to be limited to older and disabled hunters, almost all states in the US now allow anyone in the general population to enjoy crossbow hunting. Of those states, more than half permit crossbow hunting during archery season without any restrictions.

The reason for the crossbow’s increase in popularity is due to its many benefits over compound bows and guns. While every hunting weapon features its own set of advantages and disadvantages, this article explores five benefits of hunting with a crossbow.

It doesn’t take much target practice to master crossbow shooting. In fact, it’s much easier to learn to shoot a crossbow than it is to shoot a compound bow.

That’s because when you shoot a crossbow, it requires no effort to keep the string drawn back. When learning to shoot a compound bow, you may tire quickly from keeping your muscles tense as you aim. With a crossbow, the arrow is preloaded and all you have to do is aim, release the safety, and shoot.

Additionally, shooting a crossbow will come naturally if you’re already experienced with guns and rifles.

Crossbows are popular with gun owners who want to start their seasons early, since in some states crossbow hunting starts on opening day of archery season. Crossbows come equipped with a trigger, scope, and bolt rails, all of which gun hunters are already familiar with.

You hold a crossbow just like you would hold a gun, so the muscle memory is already there when you pick up a crossbow. When you’re ready to shoot, just aim at your target, release the safety, and pull the trigger, like you would with a gun.

Crossbows are just as versatile as guns when you’re shooting. You can shoot sitting down or kneeling, remaining camouflaged. Unlike with a gun, there is almost no recoil when you fire a crossbow. They are also quieter, allowing you the opportunity to take another shot if you miss.

Accessible to All Hunters

Years ago, crossbows were intended to only be used by disabled hunters and older generations. As crossbows become more mainstream, they are becoming more popular while all types of hunters. Crossbows are especially beneficial to people with physical limitations, since they don’t require a great deal of strength to draw back.

Smaller hunters and women can have a hard time drawing back a compound bow and keeping tension on the string, which is not an issue with crossbows. Children, especially, have an easier time shooting crossbows because they don’t yet possess the coordination of an adult hunter. Hunters with physical limitations may not be able to withstand the recoil from a gun, but they can tolerate the recoil from a crossbow.

Due to the limited amount of strength and range of motion it takes to use a crossbow, many hunters who would otherwise only hunt with a gun are able to enjoy archery, too. Crossbows are known for their superior accuracy. Not only do they have a scope, making it easier to aim at your target, but once they’re cocked, you can fully concentrate on aiming.

With a compound bow, a hunter has to keep tension on the string while aiming at a moving target. Eliminating this step allows you to completely focus on taking the shot, making it easier to shoot accurately consistently.

A secondary benefit that may improve your accuracy with a crossbow is how quiet they are. Since they don’t make a loud noise when you shoot, you may have the opportunity to take a second shot if you miss the first one.

The last, often controversial, benefit to using a crossbow is that in many states, hunters can enjoy a longer deer season. In some states, hunting with a crossbow is permitted as early as the start of archery.

During archery season, you can enjoy warmer weather and sit longer. When gun season starts, you’re often faced with harsher weather and less comfortable hunts. Early in the season, there is less pressure on the animals, so deer are still observing their natural patterns.

Also, when hunting during archery season, you’re only competing with other bow hunters, giving you the opportunity to take a trophy buck before the rut. Gun seasons usually overlaps the rut, when bucks move quicker and further, and makes it more difficult to harvest a trophy animal.

Just as there are benefits to crossbow hunting, there are disadvantages. Whether you hunt with a crossbow, compound bow. or gun, there are pros and cons to each weapon. Have you ever tried shooting a crossbow? Leave us a comment and let us know what you did or didn’t like. 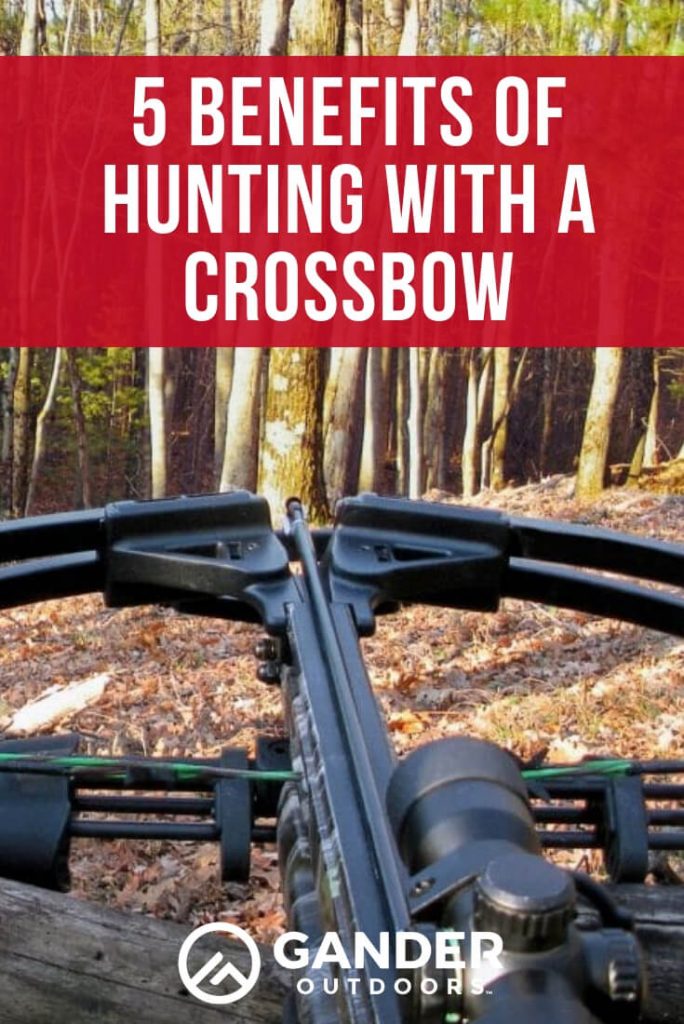 Olga is a native Floridian with a passion for the outdoors. When she's not writing, she would rather be paddle boarding, fishing, or camping with her husband and two pit bulls, Muffin and Bean.