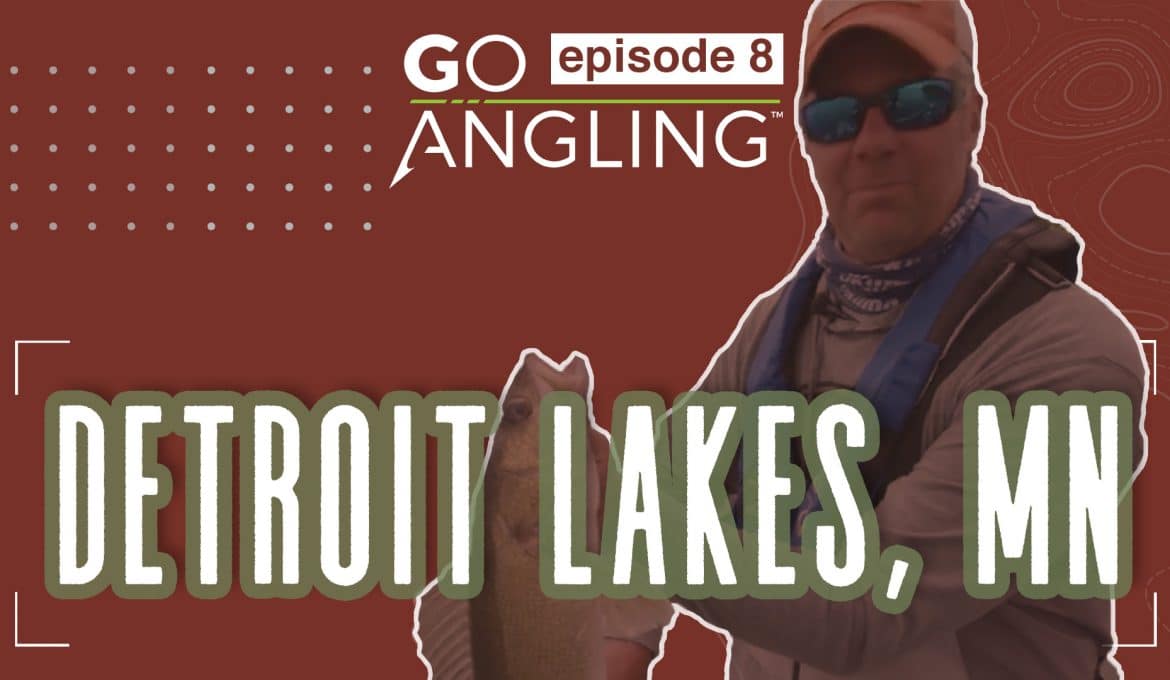 In this episode of GO Angling, Gander Outdoors teamed up with In-Depth Outdoors to bring you anglers James Holst and Konnor Kleist, who teach us how to bob for walleye in the Detroit Lakes, Minnesota area.

A bobber is usually attached to the line in order to tell where the line is when it’s cast out far from the boat. Not only are they lightweight and affordable, but they’re often effective in catching walleye fish.

Walleye (also known as yellow pike) are native to the Midwest and Northeast coast. They can also be found in the Southeast states Tennessee, Kentucky, and the Carolinas. They are distinctive for their green and yellow coat, as well as their two- part dorsal fin, which features a needle-like front and soft back.

Using a regular, lightweight monofilament line, James stresses that you don’t want a line that sinks.

“What happens [with a heavy line] is that when the bobber sits out there on the water the line from the bobber back to the rod tip sinks down below the surface of the lake,” he said. “That makes it very difficult to pick up the line when you get a hit.”

A slip bobber that automatically lights up in water and turns off out of water makes it convenient for late- night anglers to fish.

Just below the bobber James uses an egg sinker and VMC Octopus hook. James prefers the resin version of the hook.

“Really, that’s all there is to fishing with slip bobbers,” he said. “You could fish ‘em from three feet to 30 feet or more.”

Later on in the main episode of Episode 8, James also reveals that he uses an Okuma reel.

Although walleye are not known to bite mid- day, James and Konnor found success with multiple catch and releases.

“In mid- June in Minnesota, the fish have left the shallows weeks ago,” James explained. “These fish have slid out off the shoreline breaks and they’re out where the weed line stops.”

Catching fish is only part of the journey. Location is everything.

“We want to find an edge right where the coin edge transitions out,” James explained. “That’s where the walleye cruise. It’s such an easy bite, they can’t resist it.”

Fishing in bright teal waters, James and Konnor continued to use a variety of resin hooks as well as fish finder software to successfully catch more walleye.

“Anything you catch in the middle of the day and onward are bonus fish and a great sign,” James said. “It means the fish are in a great mood and feeding that day.”

Noting that the fish weren’t large- but not runts- both concluded that the mass seemed to be pretty healthy, quality fish.

Throughout the trip, James continued to give tips on how to effectively fish using a bobber. One tip was to use a smaller hook so that the live bait (leech) could move freely. Impaling the bait with a larger hook limits its movement greatly and therefore entices walleye much less.

“Below the sinker and above the hook, that’s what space gives the leech the freedom to move,” James said.

Toward the end of the video- one of the longest GO Angling has had- James remarked that the day had been successful.

“There’s way too many fish,” he said.

That’s not a bad problem to have!

Bobber fishing isn’t all about the bobber—it’s about finding the right location to use the bobber.

“The later you get into summer, the more likely the structure that’s gonna hold the most fish is going to be offshore,” James said.

In early season walleye fishing, the fish are more likely to be on the edges of the shoreline. As the summer gradually heats up the water more and more, the fish will start to migrate to the deeper center. James notes that you’ll tend to find fish in “saddles,” which are convex structures underwater that mimic the shape of a horse saddle.

“Just keep one thing as a constant,” he said. “The deeper you get into the summer, the more likely you’re gonna be out well away from shore, out fishing those isolated pieces of structure.”

“You’re gonna get a lot of walleyes in the boat using this technique,” he said.