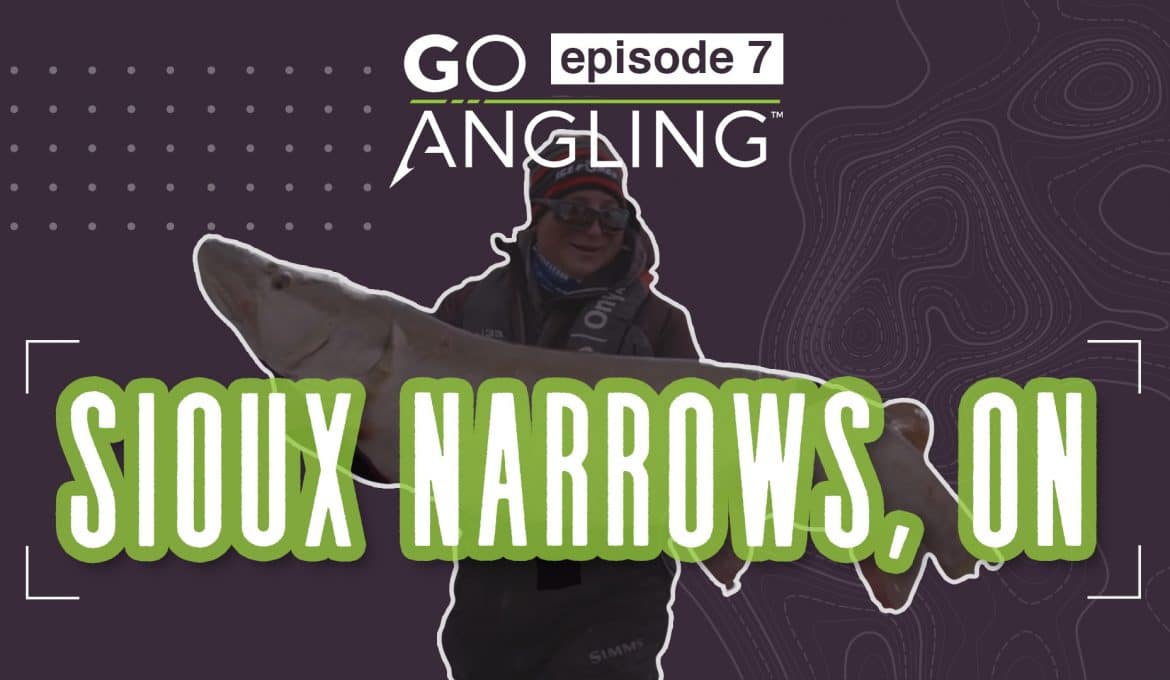 In this episode of GO Angling, Gander Outdoors teamed up with In-Depth Outdoors to bring you angler Pat McSharry, who teaches us how to effectively fish for muskies in Sioux Narrows, Ontario, Canada.

Muskie can grow to be quite large, so an extra heavy rod is the perfect pick. An Okuma Coldwater reel counts the line, which is helpful with deep waters.

“You can track exactly how much line you have out,” Pat said. “That way you know your baits are running in that zone you intend them to be in.”

The line has to be tough to withstand the weight of the fish, as well as underwater elements such as rocks, seaweed, sand, and wood. Because of this, Pat uses two different lines that can endure heavy weight and abrasion over time, one of which is fluorocarbon.

“For baits, I tend to use really big ones,” Pat said. “The speed I like to troll these baits at is about 3 to 3.7 miles per hour.”

His favorite picks measure a hefty foot in length, the largest bate used so far on an episode of GO Angling.

At the beginning of a muskie trip, Pat likes to start out at previous areas where he’s been successful, and then move to other areas of the lake. Returning to a previous spot is not a bad idea either- there is no guarantee that because fish haven’t been in one spot during the day, they won’t eventually migrate there a couple hours later.

After an unsuccessful start, Pat and Ryan decided to keep roaming the lake.

“We’re just going to keep trolling at this point,” Pat said. “We’re going to try and figure out where those fish are and what they’re doing.”

Factors that play into whether muskies are “fishable” is the length of feeding season, the overall size of the body of water, and the equipment used.

Frequently, muskie will be in 20 to 25-feet deep waters off a break line or reef, making them difficult to get to. Their attainable large size is also a hurdle to tackle.

The men, however, tackled that hurdle.

Catching a 49-inch, pale-colored muskie after quite some time, they left feeling satisfied.

“It’s a giant!” Ryan exclaimed before releasing the fish.

In the end, Pat reminds us that although the trip took place in the fall, planning is needed far in advance.

“The water temperature that you’re looking for is from that 39 to 41-degree range,” he said.

This temperature is most attainable in the fall season.

Do you even wonder how to ease the pain of nearly-frozen hands during your fishing trip?

The answer is to replace your line!

“As soon as that water starts getting cold and I know I’m going muskie fishing, I’ll replace the line,” Pat said. “When it’s fresh, it sheds the water off and you’re able to cast all day and not get super wet hands, which results in warmer hands.”