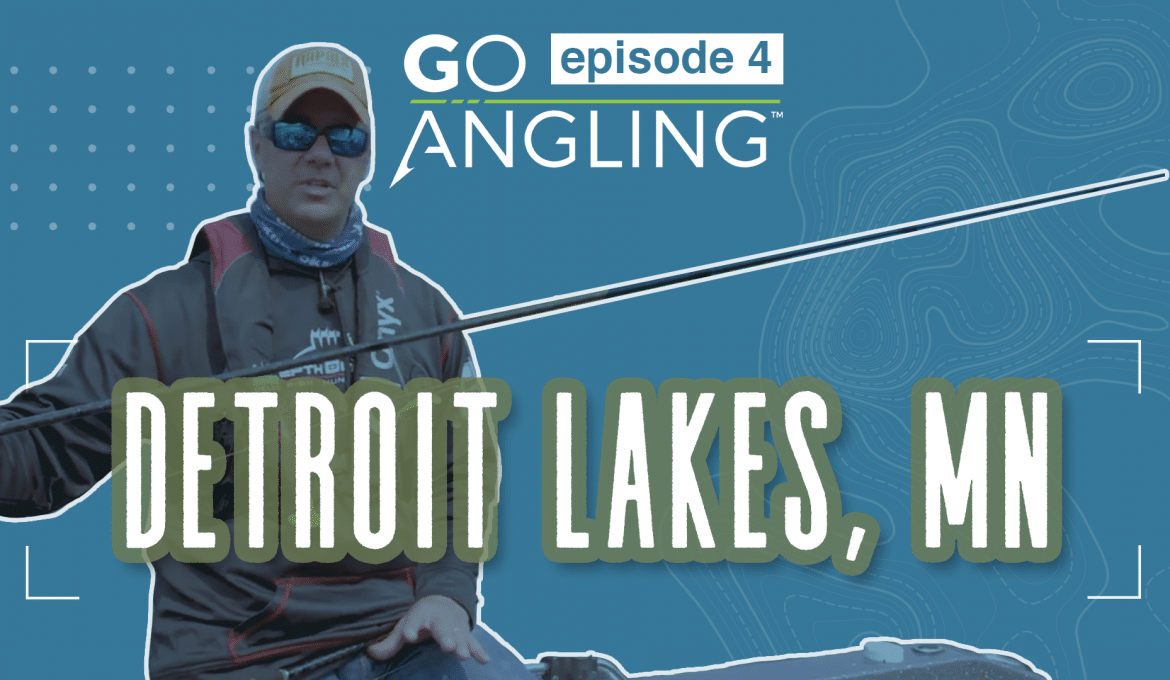 In this episode of GO Angling, Gander Outdoors teamed up with In- Depth Outdoors to bring you angler James Holst, who teaches us how to fish for underwater crappies.

Used as a search bait, the VMS CTS Curl Tail Spinnerbait covers much water in a short amount of time.

“It’s heavier on the cast and [because of that] can cover a lot of water,” James said.

Another VMC bait, the Hot Skirt Glow Jig, is small but deadly. James uses this bait (on a different but identical rod) after finding an active group of fish with the first Spinnerbait.

“When it comes to rods, I do have a favorite,” James said.

“It has a very soft tip and allows me to take it easy on those crappies with that soft mouth that they have.”

“It’s the perfect combo in my opinion,” James said. “You can get post spawn crappies anywhere you fish.”

James and friend Konnor Kliest headed out to the Detroit Lakes to fish for Crappies.

“We are going to use a two-step approach,” James said. “We’re gonna use a fast-paced bait that is going to allow us to cover a lot of water. All we’re trying to do is just locate an active pod of fish.”

After locating the pod of fish, James will switch to the other rod, containing a lighter bait. The first step uncovers the fish, and the second step is designed to catch them.

About halfway through the video, James notes that the fish started to all come together and swim along the weed edge.

“Instead of the fish continuing to drop deeper, they’ve actually pushed really tight to a sharp, breaking weed line,” James said. “What we can see with our eyes [because we are wearing polarized glasses] is that any time there’s a lighter composition to the bottom we can actually see the crappies.”

Adjusting the degree of the bait and casting length, James determined that the best way to catch the crappies mid-day was with a bobber at a 90-degree angle.

At the end of the day, James admitted that crappie were not his specialty, although he had fun during the trip and learned a lot.

“If you want to come to the Detroit Lakes area and catch crappies yourself with a great guy, Konnor is the man!” He said.

In the video above James goes over how and where to find crappies post spawn. After these fish spawn, the females head out to deeper water while the males stick behind. This means you want to fish deeper water next to areas like emerging lilly pads and weedy areas in shallow spots.

He said that as the season progresses, they’ll move on to deeper water, so you can keep that in mind as you fish. Try closer to the banks right where water starts to get deep and then move out as the season continues.