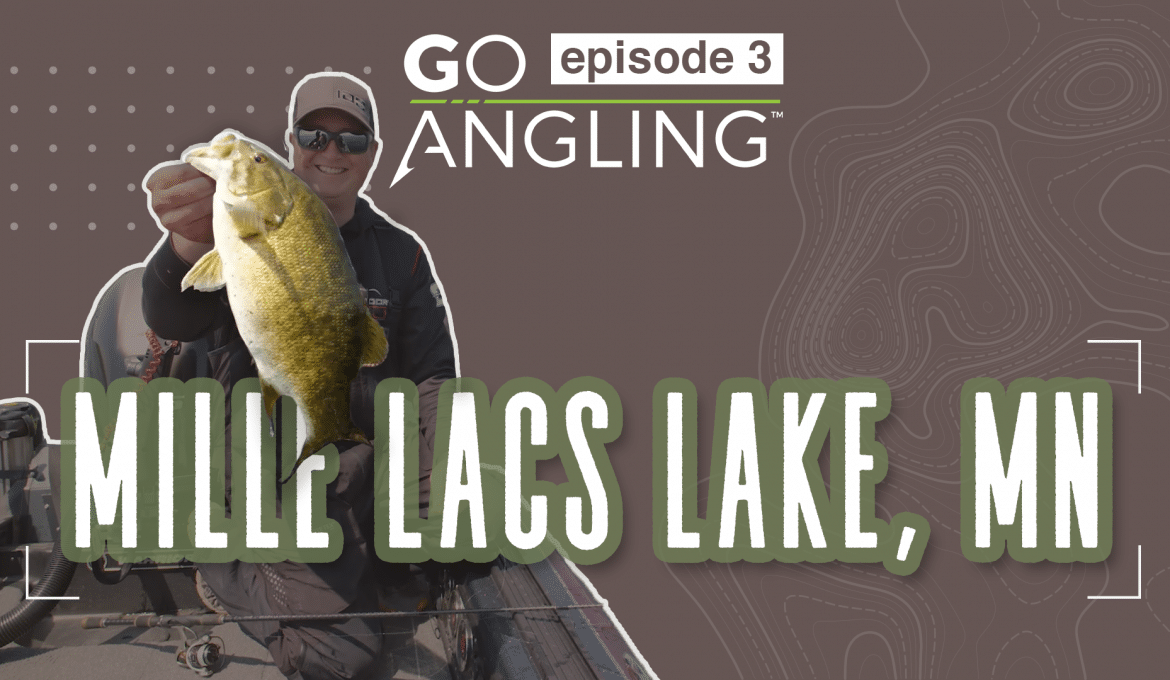 In this episode of GO Angling, Gander Outdoors teamed up with In-Depth Outdoors to bring you angler Pat McSharry on Mille Lacs Lake, MN, who teaches us how to effectively fish using Humminbird imaging equipment.

Humminbird, a brand sold by Gander Outdoors, sells software, micro and chart cards, sonar fishfinders, depth gauges, and more. Known for its high-quality equipment, Humminbird is used by hundreds of anglers throughout the country.

Pat uses Humminbird Helix electronics to get the job done.

“Basically, there’s only three settings I change,” Pat said. “The sensitivity, the range, and the contrast.”

When using the imaging system, he recommends leaving the contrast at a level of 13 or 14, while changing the sensitivity and range based on depth and bottom composition.

In terms of range, Pat says to leave the setting on about 80 feet if you’re looking for fish. If you want to see bottom composition change or watch out for rocks, you can turn this setting up.

On the Water: Angling on Mille Lacs Lake

Angling with friend Calvin “Cal” Svihel, Pat headed out on Mille Lacs Lake in Minnesota. Pat’s first goal was to target the shoreline breaks. Boating on the north end of the lake, he used a VMC Neon Moon Eye Jig and caught a roughly 19-inch fish.

Types of fish in the lake that Pat and Cal caught included bass and walleye. Some of the fish were pregnant females. A friend and fellow angler of Pat’s, James Holst, also caught pregnant fish in his own video for Gander Outdoors.

“It doesn’t matter what’s on the end of the line as long as it bites, right?” Pat joked.

Nearly every type of bait used drew fish in.

The two headed out into the lake a little more as the day progressed and continued to catch fish on various baits and lures.

Calvin gave us a breakdown on Mille Lacs Lake, which is located roughly 100 miles north of the Minneapolis metropolitan area.

“The approach we took today was driving along the shoreline, looking for subtle changes along the break, marking them with icons, and coming back and fishing several different ways to see what the fish wanted,” he said.

Judging by their success catching various fish with several different kinds of presentations, this technique at Mille Lacs Lake in Minnesota works well in the early season.