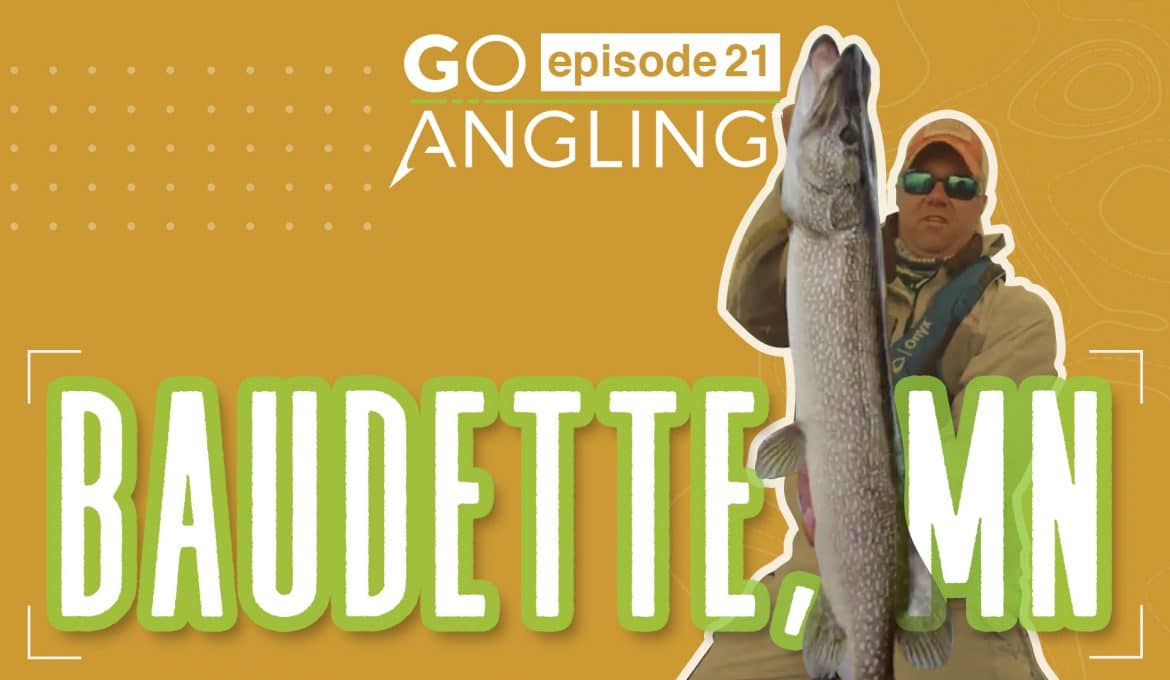 In this episode of GO Angling, Gander Outdoors teamed up with InDepth Outdoors to bring you James Holst as he joins Marcus Quam on Lake of the Woods in Minnesota. This time around the guys are going after pike in shallow water with Blue Fox Spinner Bait.

For the presentation and rod and reel for fishing mid-summer pike on Lake of the Woods or other large lakes like it in the Midwest.

James says you want a bait that can work well in heavy vegetation. That’s why he recommends Super Bou Spinner Bait. Other spin baits work well, too.

For a rod and reel setup, James recommends an Okuma rod and baitcasting reel. He said the rod length is 7-feet, 11-inches. The line is a Sufix 832 with an 80-pound test.

James and Marcus hit up the dense weed growth in a shallow portion of Lake of the Woods to fish for pike. James says the water temperatures are in the higher 70s and that has the pike looking for food in the weeds.

James says there’s definitely a pattern to this kind of fishing. What you want to do is find the areas of the water next to the weed growth that is clear so the pike can see the bait. Then they’ll come right out and grab it.

When it comes to the location, James says to get out on a bigger lake and look for thick and healthy emergent vegetation. This means vegetation that comes out of the water.

From there, you need to find places that have a bottom composition that’s relatively weed-free and thus makes the water pretty clear.

Have any questions or concerns? Leave a comment below.