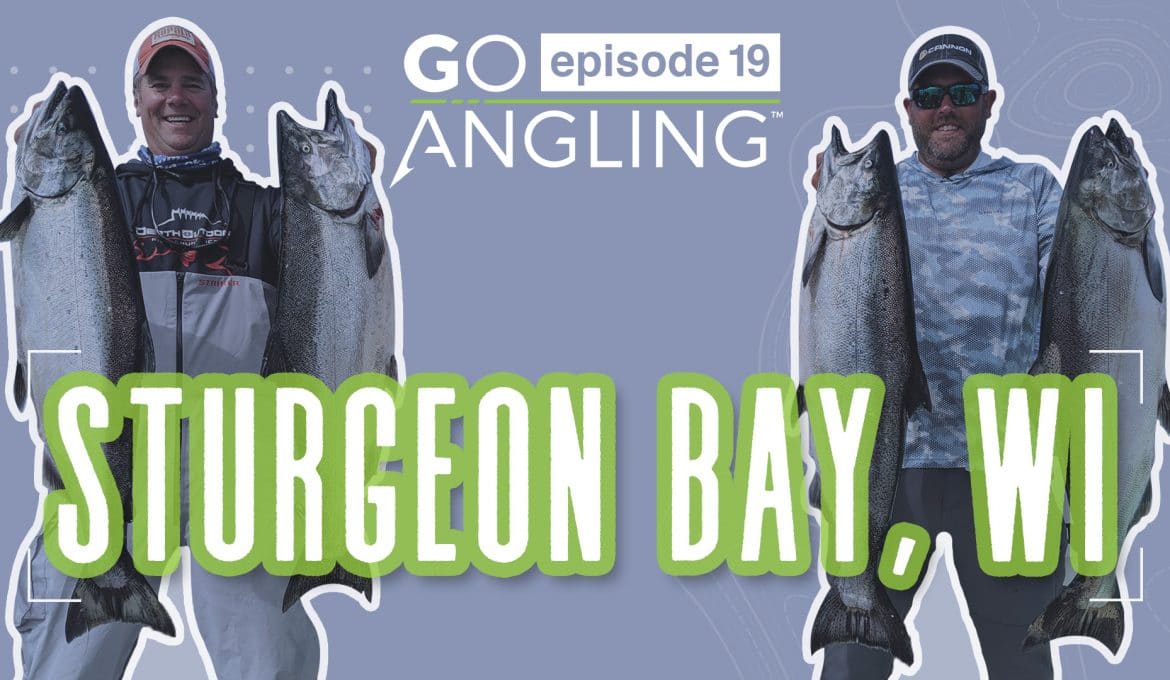 In this episode of GO Angling, Gander Outdoors teamed up with InDepth Outdoors to bring you James Holst as he joins Captain Adam Rasmussen of Salmon Depot targeting king salmon on Lake Michigan in Sturgeon Bay Wisconsin.

There’s a lot of gear you could consider using for king salmon, but if you just want to know one thing that works, listen up. James discusses the gear you should have if you can only have one thing to fish king salmon with on Lake Michigan.

He says to start with a flasher and fly. The fly would be on two feet of 50-lb fluorocarbon line and at the end of that line is a number two treble hook. On the other end is an eight-inch flasher with a dotted pattern on it. Above the flasher is a leader made of 40-lb fluorocarbon line that’s the length of the rod. After that is an elastic snubber because the fish hit so hard.

Beyond that is the dipsy. Adam says he always runs a size one, but there are other sizes you can use. The dipsy takes the lure to the right level in the water. You can adjust it based on how much line you let out. You can also adjust it side to side and for each side of the boat.

How to Fish King Salmon on Lake Michigan

James and Adam head out on Lake Michigan with several rods going to catch some King Salmon. The duo reels in fish after fish with the setup and the two best rods for catching the fish are running the dipsy setup we discussed above.

A first things seem to start off pretty slow. The guys reel in a fish at a time, but as the day progresses, they manage to get three on the rods at once. One manages to get away and escape the net, but the guys manage to reel in several large king salmon.

James and Adam talk about where you can find king salmon. The fish start much further south, and as the water warms, the fish will move north. James says if you hear that salmon are in one spot one week, you can almost predict where they will be because they move up the shoreline as the summer progresses.

James said that he and Adam fished in about 160 feet of water and fished there. That’s where the fish seemed to be hanging out, but in a couple weeks they’ll be somewhere else. It’s important to keep the salmon migration pattern in mind when planning these trips and try to hit them when they’re where you want to fish.

Have any questions or thoughts? Leave a comment below!