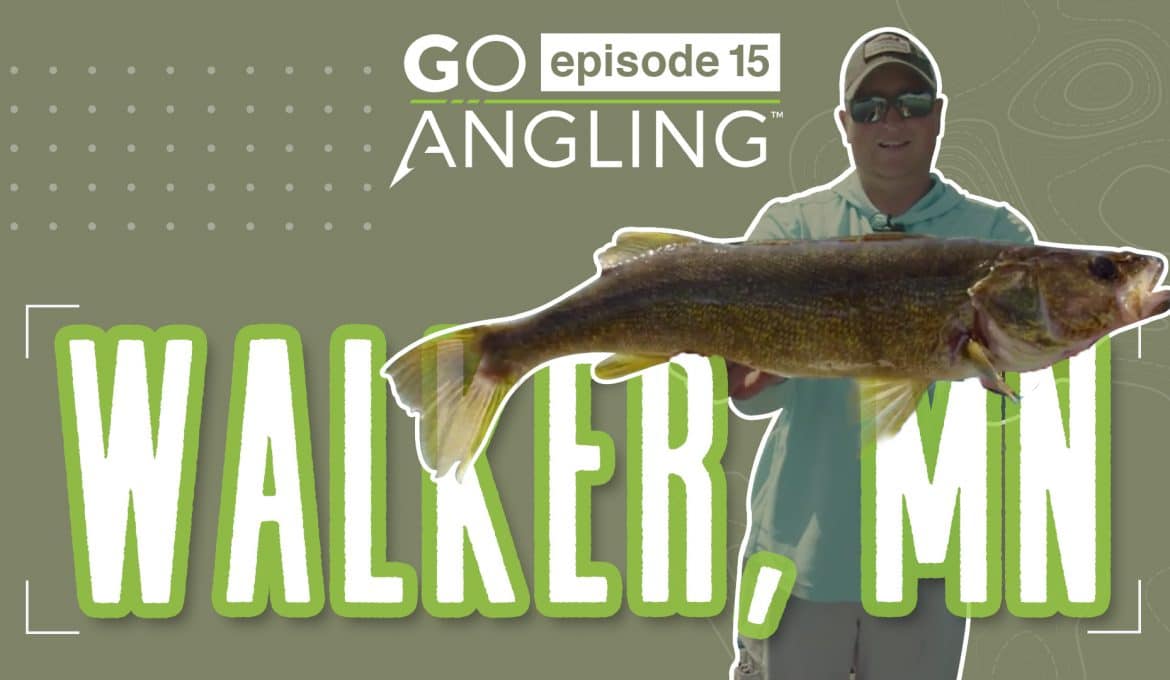 In this episode of GO Angling, Gander Outdoors teamed up with InDepth Outdoors to bring you Pat McSharry fishing for big walleye using some bigger live baits in Northern Minnesota. Usually, GO Angling has two hosts in the boat but this time it’s just Pat, and he shows you how things are done.

When it comes to using live bait, Pat said he uses the same rod for multiple types of live bait. He likes to use a seven-foot rod made by Okuma. The Okuma TCS rod he uses has a moderate action, allowing him to pull on the fish and let him feel what he really has on the end of his line.

Attached to that rod, Pat uses an Okuma SX30 reel. He said this reel gets the job done well and is just a basic reel perfect for walleye. As far as line goes, Pat uses a six-pound monofilament Sifix Elite line. Pat said he likes this type of line because it does stretch a little bit, which lets him feel the fish when they strike.

The weights used really depends on the depth you’re fishing at. Pat said he would suggest a quarter ounce weight if you’re fishing 17 to 25 feet of water. The leader, Pat says, can vary depending on the type of live bait you’re using. He suggests using a mono leader for nightcrawlers. For creek chubs, he said you can use fluorocarbon because it sinks and creek chubs will swim around, so it’s fine if it sinks.

When you’re rigging up you bait, Pat said to not place your hook in the bait anywhere that it will actually hurt the fish. You want that fish out there swimming around so the bigger walleye will strike on it and eat the hook.

Pat also said that you need to let the fish feed for a little while before you set the hook. That way when you do set the hook it’ll set properly.

When it comes to the location for fishing live bait for walleyes, Pat says in open lakes with few distinct features, it’s smart to hit shoreline breaks. He said these areas are where the fish like to hang out.

He suggested taking the boat along these shoreline breaks and looking for an active school of fish. Once found try that spot for a while and see how things go.

What are your thoughts on the gear, locations, and techniques discussed above? Leave a comment below!