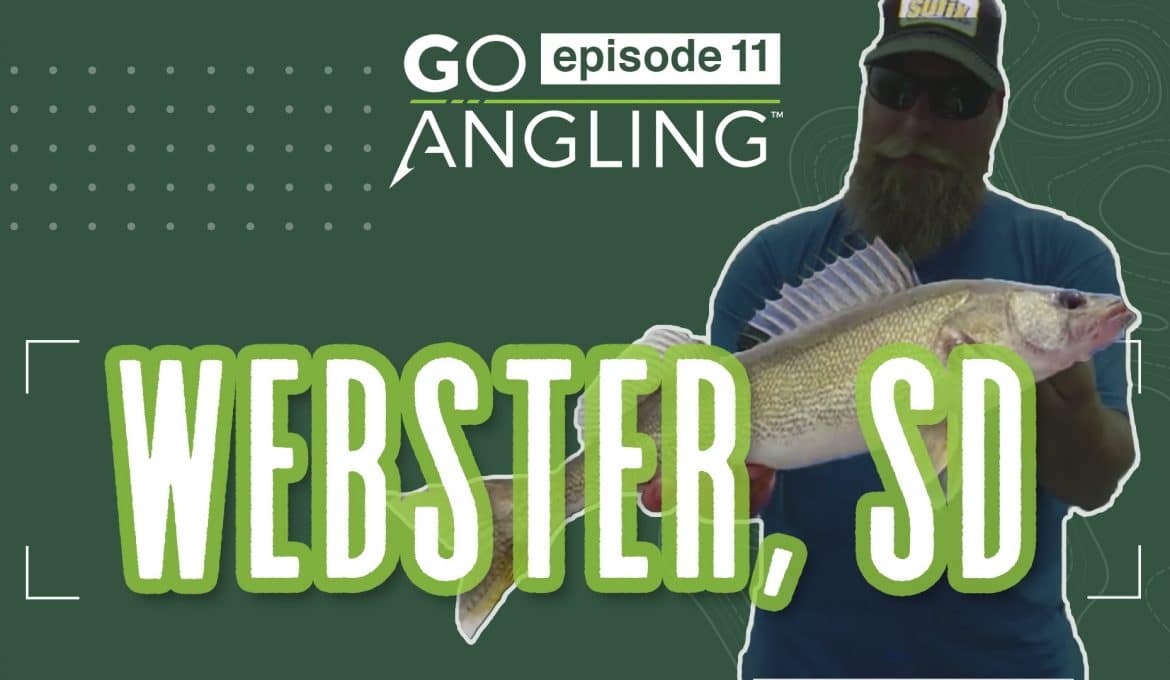 In this episode of GO Angling, Gander Outdoors teamed up with InDepth Outdoors to bring you anglers Pat McSharry and Marcus Quam, who teach us how to fish for walleyes that are in underwater weeds.

Pat uses several different types of bait for the task, one of which is a Rapala Rattlin’ Rap that has more aggressive action. Pat likes the uniqueness of this bait, because you’re able to control how deep it runs. It also remains mostly weed-free, because it trolls at an angle that doesn’t catch underwater plants and debris.

The Rapala Shadow Rap Shad produced a lot of fish, and also had a fast retrieve.

Pat also used a paddle tail swing bait, which is great for catching walleyes in shallow water in almost any location.

Located in Webster, South Dakota, friends Pat McSharry and Marcus Quam went to the weedy areas of a lake and fished using many different bait.

With the help of sonar equipment that assisted them throughout the trip, Pat was able to see scattered rocks, sand, and weeds.

Even though many anglers fear fast casting through the weedy underwaters, Marcus encouraged it. You may end up with a large ball of weeds on the end of the line, but that’s where the walleye are aggressively feeding.

Part of the trick to catching walleye in this type of water was frequently changing up the type of bait used. Switching between many different Rapala baits was key to finding the walleye.

Fishing in the weedy waters of Webster, South Dakota, Pat and Marcus decided to go for a certain type of underwater plant.

“There are many different types of weeds, but the ones we were targeting were the stringy, grassy kind that grow four to six feet long,” Pat said.

Pat also noted that him and Marcus weren’t actually fishing in the weeds, but instead on top of them and “tickling” the surface.

If fishing by a weed wall, as Pat calls it, you might not have to cast that much line to get a bite.