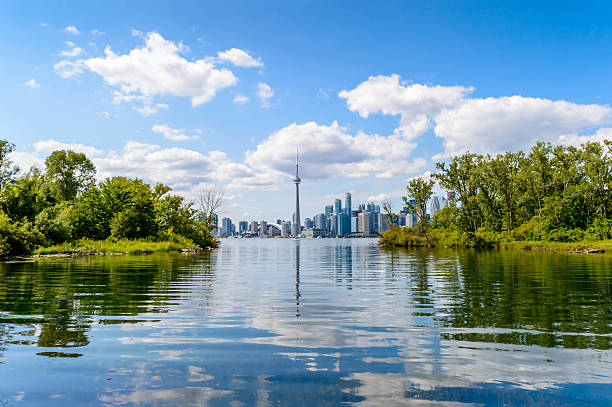 Lake Ontario is the smallest of the Great Lakes, but it is still the fourteenth largest lake in the world. To the south of it, you’ll find New York state, and to the north, you’ll find the Province of Ontario.

Ontario is the most urbanized of the Great Lakes with a lot of industry located on its Canadian border, it is also considered the most polluted of the great lakes. A lot of the pollution is because Lake Ontario receives runoff from the other four Great Lakes.

Although Lake Ontario is the smallest and most polluted of the lakes it still produces some of the largest king salmon known to the states, many local experts believe this is due to the abundance of baitfish and lack of predators.

By the end of this article, you should have a complete understanding of where to fish and what you can expect to catch in Lake Ontario.

Where to Fish Lake Ontario If you are planning a fishing trip to Lake Ontario, you might be unsure of where to fish the lake and how to go about tackling this huge lake. If you’re in the US, you’re limited to the New York border to find the best places to fish on Lake Ontario so we’ll be focusing on those areas.

Olcott is located in Niagara County, New York and is a lakeside community home to the deepest harbor on Lake Ontario.

In this town around lake summer, you can find king salmon in depths around 150 to 400 feet, and many of the locals claim that Newfane Marina is the ideal fishing spot in town.

Oswego is well known in the state for being the hub of fishing in the upstate area. If you are planning a trip to this lake a lot of the experts state that the target species fishing in this town is brown trout.

If you want to get a break from the big lake fishing, you could also venture to the shorelines along the Oswego River for channel cats, smallmouth, and walleyes.

If you’re on the northern side of Lake Ontario in Canada experts, recommend checking out the town of Picton which sits right along the northeastern section of the lake.

This town relies heavily on its tourism and lodging, so there is an abundance of fishing charters and lakeside cottages. Many people hit this lake in the late summer through the winter months for giant walleye.

Lewiston is on the western border of Niagara County, and many anglers travel to this town for brown trout, steelhead, salmon, walleye, and smallies.

Fishing this lake town is most popular around fall, and early winter and the locals recommend checking out Niagara State Park.

Clayton is located on the upper northeastern border of the lake in Jefferson County near Cape Vincent and Alexandria Bay. This town is one of the most popular tourist destinations in upstate New York for fishing and a variety of other attractions.

If you are looking to fish more shallow waters, you can find huge muskie in late fall and early winter around Clayton Marina. 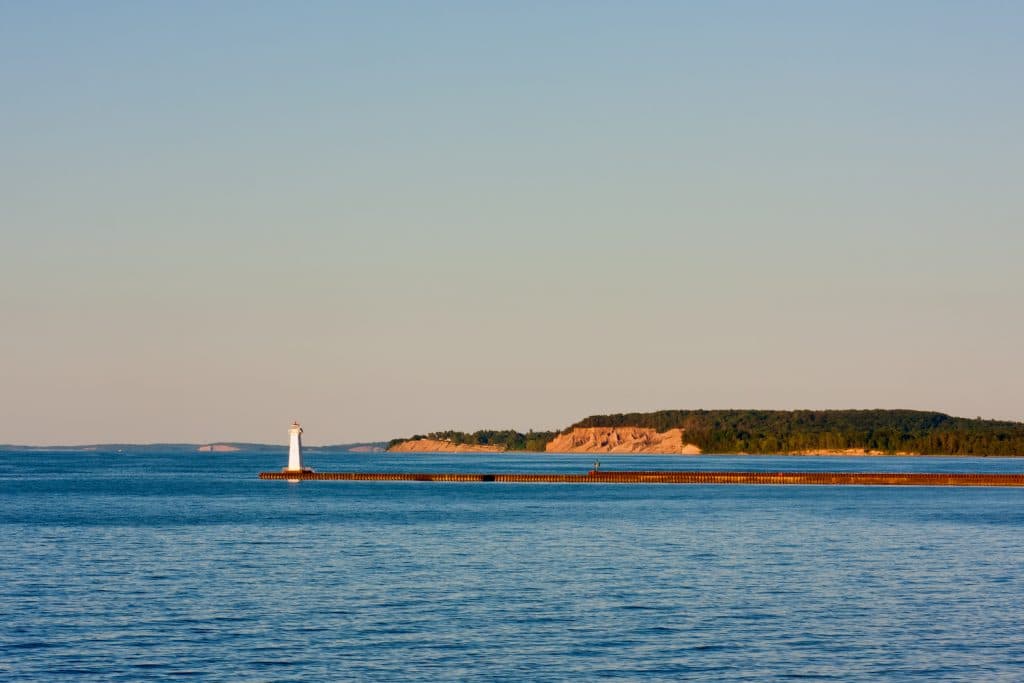 Fishing in the Spring

In early spring, the lake is an excellent producer of brown trout. As soon as the lake becomes fishable in the spring expect to fish the shallow areas of the lake and other tributaries along the shore for browns. The most popular locations for Brown Trout are Nine Mile Point and Grindstone Creek.

Around Mid-April, steelhead has left the surrounding streams, and you can now find them in the lake as well.

Fishing in the Summer

In the summer, expect to find chinook, coho salmon, brown trout, and steelhead on the shore and these fish increase in size as the season goes along.

Lake trout are incredibly popular during the warm summer months, and as we get closer to fall, you can expect the population of these fish to increase with the warmer temperatures.

Many local experts say fishing the deeper waters along the Oswego and Salmon Rivers yields great opportunity for smallmouth at the beginning of the season.

Fishing in the Fall

In the fall, trolling for salmon becomes the strategy of choice for many local anglers because the fish move to the 20 to 50-foot range around the shorelines.

In November this interest dies down, and people move their focus towards steelhead and brown trout because they are highly productive in the late season.

What Can You Catch on Lake Ontario 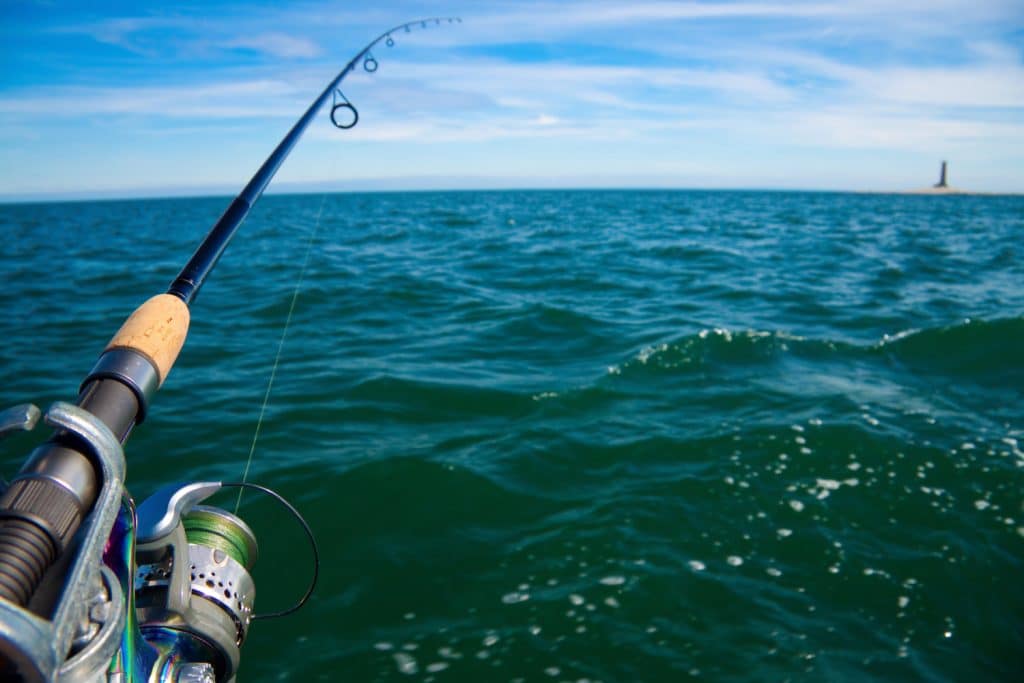 We’ve touched on the many breeds of fish you can catch in Lake Ontario, but he is a more expanded list of each type of fish you’ll find in the lake, as well as some information about each.

Expect to find prize-winning sized walleye throughout the lake from the deepest sections to the shallow rivers.

Ontario, in general, has some of the best pike fishing on the entire continent so expect to find these fish more towards the northern section of the lake.

It might take you quite a few casts upon quite a few trips to catch one of these but watch out when you do. The fish exceed 70 pounds, and you never know exactly where you might find one.

This breed is plentiful throughout all the great lakes and surrounding rivers. Expect to find them around covered areas in the warmer months.

You can find brook, lake, and brown trout throughout the lake and larger rivers that feed off Lake Ontario. The local experts recommend launching a boat out onto the lake if you expect to catch trout.

Salmon – Lake Ontario is known for its incredibly salmon fishing during both warm and cold weather. With the help of Fishingbooker.com, we were able to find some of the best fishing charters to help you plan out your trip to Lake Ontario.

If you are looking for an exciting experience with trained anglers who genuinely understand the lake and how to fish it, we recommend choosing any of the charters listed below.

Lake Ontario may not be the most exciting of the Great Lakes, and over the years commercial fishing and industry have done a number on the lake, but it’s still a popular destination for tourists, sports anglers, and recreational anglers alike.

There is a lot of buzz centered around the lake, so we recommend including it in one of your fishing trips. Lake Ontario has a lot to offer like an abundant fish population, a wide variety of high-quality charters, and a ton of access points along the New York State line.

If you have a favorite spot to fish on Lake Ontario or you have a story you’d like to share—leave us a comment below! 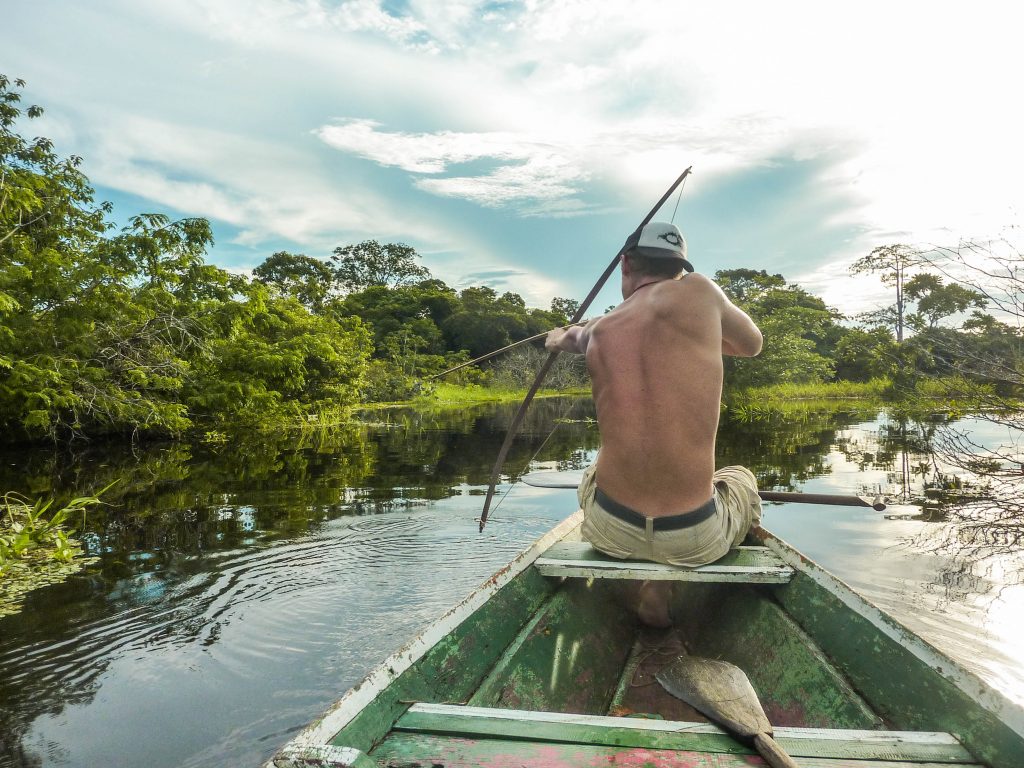